The Interview Brings In Audience After Terrorist Threats The Interview Brings In Audience On Christmas Day 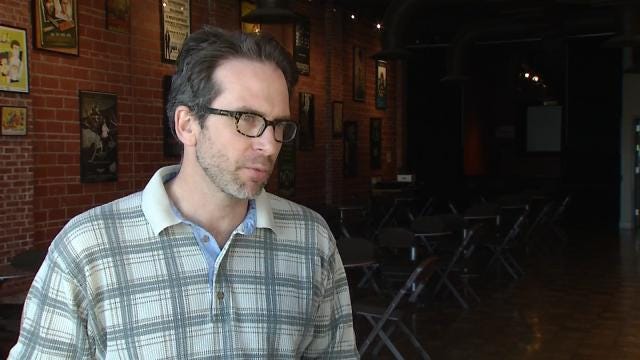 The controversial movie The Interview was shown in select theaters Thursday. Circle Cinema in Tulsa is one theater that is showing the film, and dozens of people attended its first showing.

People that watched the movie stated that it was funny, they enjoyed it, and didn't understand what all the fuss is about.

In fact, there was a lot of controversy over the film. Sony pulled the release of the film, after its computer systems were hacked and threats were made against American theaters.

The manager at Circle Cinema said the movie is not typically a movie they would show, but after all the controversy they felt it was something they had to show.

Circle Cinema will be showing The Interview again Thursday at 10:30 p.m. They'll have all of their theaters open in order to accommodate anyone who wants to come out and watch.

The Interview Brings In Audience After Terrorist Threats