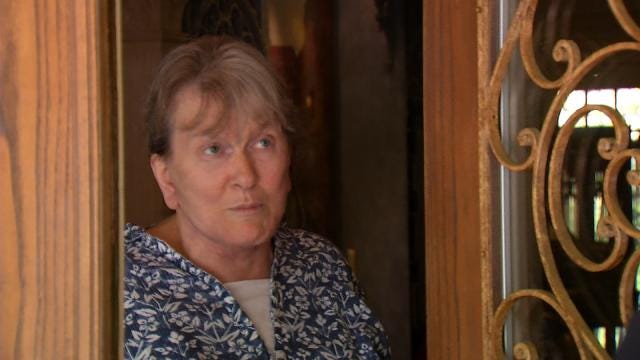 The woman who ran Camelot Cancer Care in Tulsa has been indicted in Kansas on 13 counts of wire fraud.

A federal grand jury indicted Maureen Long, 64, on Wednesday, accusing her Internet-based business, Camelot Cancer Care, Inc., of preying on people who were desperately seeking cures for cancer by selling them infusions of drugs that were misbranded and not approved for treating cancer.

The U.S. Attorney's Office in Topeka said Long, who it said was not a physician, a nurse or any other kind of licensed medical professional, used her web site and email to create the false impression she was running a legitimate medical clinic.

She sold clients drugs that the Food and Drug Administration, had not approved for treating cancer, according to the prosecutor.

If convicted, Long faces a maximum penalty of 20 years in federal prison and a fine up to $250,000 on each count.

On December 4, 2014, Long agreed to a temporary injunction issued by a Tulsa court in November at the request of the Oklahoma Department of Health.

According to papers filed in court on that day, Long agreed to stop fighting the restraining order, but did not admit to allegations she was treating cancer patients in Oklahoma without a medical license.

State officials said one of Long's patients died in November after receiving treatments at a Tulsa hotel but don't know yet if the woman's death is tied to the treatments or the result of her cancer.

The next hearing in the Oklahoma case against her has been delayed until next spring.