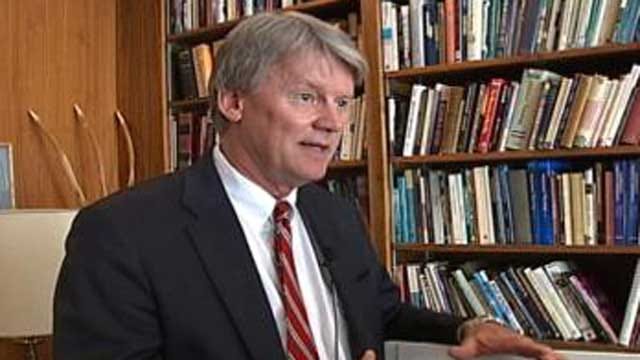 A Tulsa County man is suing First Presbyterian Church of Tulsa and its pastor, blaming them for publicizing his conversion from Islam to Christianity which he claims led to him being tortured when he visited Syria.

The man is referred to as John Doe in court documents because his attorneys say using his real name would expose him to physical harm or even death.

According to the suit, which was filed on June 9, 2014, the plaintiff moved to the United States at about the time he became an adult. He has completed all the requirements to become a United State citizen except for taking the oath of citizenship, which he will do as soon as his adopted country schedules it, the suit says.

The plaintiff says he became involved in the Christian faith at First Presbyterian Church which led to his decision to convert to Christianity. The suit claims he discussed his decision with the leadership of the church, including pastor Dr. Jim Miller. It also claims they discussed at length the need for his conversion to remain confidential, because Sharia law calls for the death of anyone who converts to another religion from Islam.

The plaintiff says he agreed to be baptized on December 30, 2012 only after being assured by the defendants that his baptism would be kept private. He was scheduled to fly to Syria that same day and claims in his lawsuit that the defendants knew that.

First Presbyterian Church published the news of his baptism on January 6, 2013, according to the suit. The suit claims two church leaders told him they were "horrified" that the church had published the announcement and promised to remove it, but the plaintiff says they did not do so until April of 2014.

The plaintiff says he was in Damascus, Syria in mid-January of 2013 when he was confronted by radical Muslims who told him they'd read about his conversion to Christianity on the internet. Even though he denied it, the accusers tied and blindfolded him and told him they were going to carry out the death sentence.

He was bound, beaten and forced to spend up to 18 hours a day in a 55-gallon "electrified drum," he claims in the suit. He says he was periodically taken out and tortured and his captors told him he was going to be beheaded.

According to the suit, after several days of this his captors told him he was being taken to be beheaded. When he saw video cameras, he realized his death was imminent. He freed his hands from the ropes that bound him, grabbed a gun from one of his captors and shot and killed one of them, who was his paternal uncle.

The plaintiff says he was able to sneak out of Syria, but not before encountering his cousin in Damascus who tried to stab him in the chest.

The suit contends the plaintiff is now wanted for murder in Syria for killing his uncle during his escape. It also says he lost several teeth in the beatings and that he has had several surgeries to address nerve damage in his arms and shoulders caused by having his hands tightly bound for days on end. He says he suffered a gunshot wound and was stabbed multiple times.

The suit claims he's suffering from post traumatic stress syndrome because of the psychological injuries he suffered, and lives in constant fear that he will be attacked by radical Muslims.

The plaintiff says he lost a home, a business and even a car in Syria and can never visit his son who still lives there.

The lawsuit seeks a judgment in excess of $75,000, as well as punitive damages and attorney fees.

Friday afternoon an attorney for the church released a copy of the message Dr. Miller delivered the congregation Thursday night:

You may have heard that the First Presbyterian Church and I, Dr. James Miller, have been named as defendants in a lawsuit.

The person suing contends he suffered injury at the hands of others in another country because he had been baptized as a Christian at First Church. I cannot share more details with you because this is a matter in litigation. The person bringing the claim has asked to remain anonymous, so I cannot share with you even who the person is.

I would however, like to speak to the Church Family and the entire Tulsa Community. The lawsuit is brought by a person who received the Sacrament of Baptism before the Congregation during a regular Sunday service at First Church. As the facts and truth of these events are revealed during the judicial process, it will become clear that First Church followed its normal procedures in baptizing this person and the claims made in the suit are not proper.

Every blessing to you and my prayers join yours