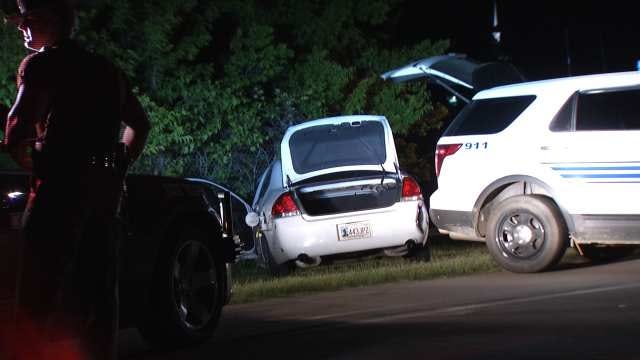 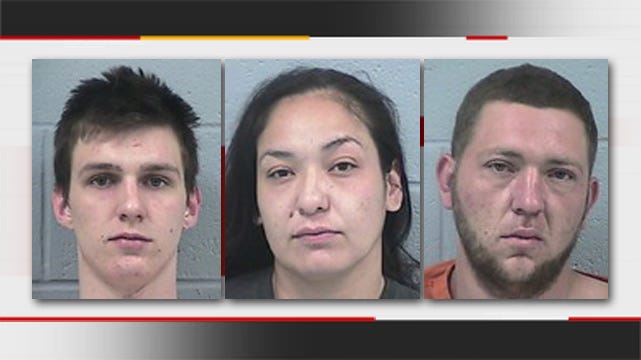 Two men and two women are in the Rogers County jail after a home invasion robbery northwest of Oologah late Sunday. Rogers County deputies said they're still looking for a fifth person.

Deputy Scott Phillips said one of the robbers had a realistic looking air soft pistol as the robbers forced their way into the home and robbed the residents of prescription drugs and several guns at about 11 p.m.

The victims told deputies the robbers got into a white Chevrolet car and drove away.

A short time later, an Oklahoma Highway Patrol trooper spotted the car headed south on Highway 169 and attempted to stop it. After a high-speed chase involving Collinsville Police and Owasso Police departments the car was stopped at 136th Street North.

Everyone in the car got out and ran, but deputies caught four of them. They were identified as Toni Trail, 46, of Tulsa, Dmitry Kopytin, 30, of Kellyville, Nikolaus Cooley, 20, of Tulsa and Abeline Dover, 32, of Tulsa.  One was taken to an Owasso hospital to be checked out for minor injuries before being taken to jail.

Deputies said a records check showed the car was stolen out of Tulsa.

They also said items taken in the robbery were recovered from the car.