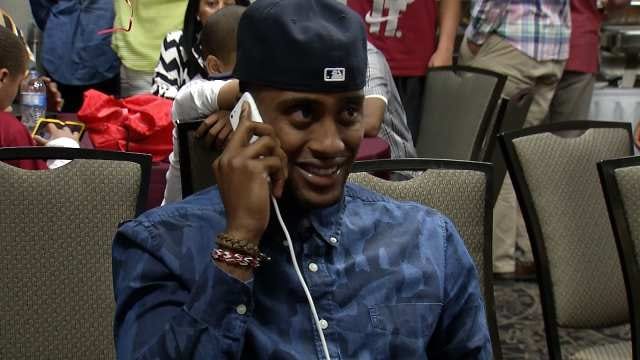 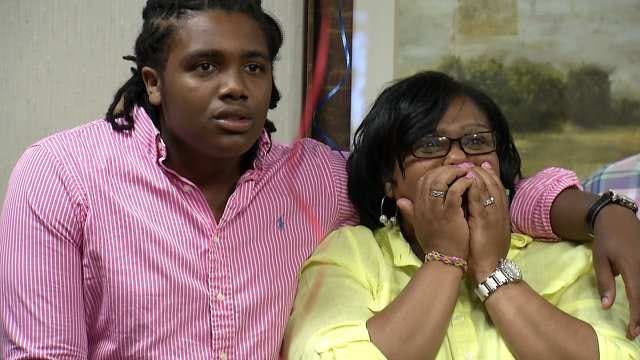 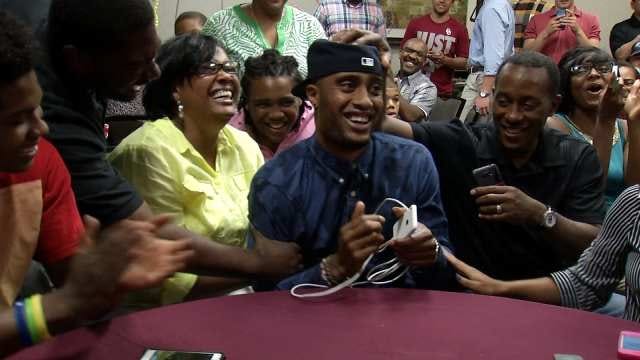 News On 6 was there with local athlete Aaron Colvin's family as they anxiously watched the draft - round after round. Inside the Colvin house, there are footballs, jerseys, pictures - you name it.

The family is not abashed to show they're proud of their son.

"He's been playing ball since he was 5 years old waiting for this moment," said Aaron's mother, Lisa Colvin.

Their son, Aaron was a standout secondary player for OU and a two-time All Big 12 selection. He was destined for the pros, but an ACL injury in the Senior Bowl in January was a set back.

"I'm not going to lie that was probably the toughest thing I've ever been through in my life," Aaron Colvin said.

After rehab in Florida, Colvin kept his hopes up - through family.

"I didn't want to be at the house by myself just dreading the whole process," he said. "They kept life in me, they kept saying prayers, constantly saying prayers. Them keeping their spirits up helped keep my spirits up."

"I was disappointed, but I was not nervous," Colvin said.

It continued into Saturday, where they moved the draft party to a hotel. Once again, waiting patiently for the name to be called. Then in the 4th round, he was drafted 114th by the Jacksonville Jaguars.

Lisa Colvin said she was "overwhelmed, excited, just glad for it to be over with and done, and he just worked so hard for it. And so I'm just so excited for him."

"God he guided me, he's seen me through so much already," Aaron Colvin said. "There's some things that I haven't told anybody that he's done for me. So it's just more than a blessing."

Colvin's father, Bryant, is a Tennessee Titans fan. Now that his son has been drafted by a team that is in the same division of the Titans, he says he will get rid of the jersey and replace them with Jaguars jerseys.