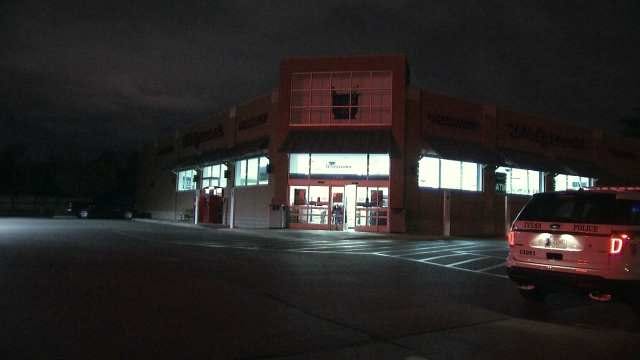 The Tulsa Police Department used K9 officers and their helicopter to search unsuccessfully for a man they said robbed a Walgreens store clerk of cash late Tuesday.

Officers said shortly after 10 p.m. a white male entered the Walgreens at 15th and Yale and demanded money.

Tulsa Police Sgt. Malcolm Wightman said the man implied he had a gun. After getting the cash, the man ran out of the store.

The man was described as six-foot tall, medium build and between 30 and 40 years of age.

Sgt. Wightman said officers had possible lead on the man, but declined to be more specific.

The store's clerk was not injured in the robbery.