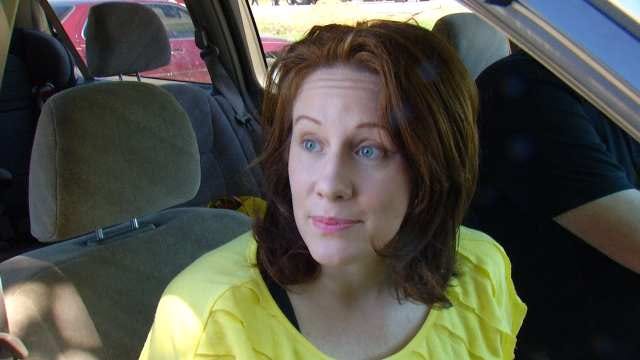 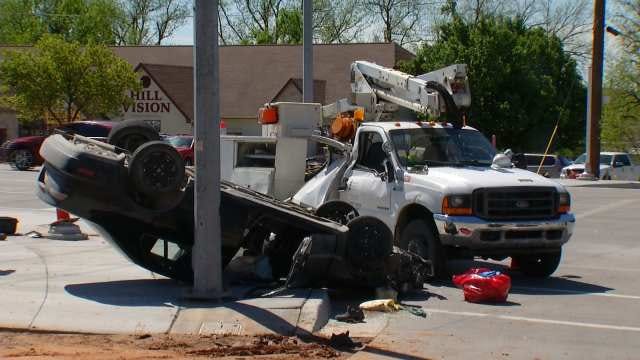 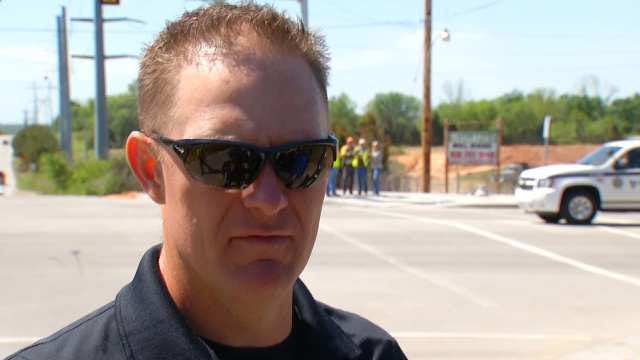 Witnesses jumped into action after a driver lost control and killed two City of Tulsa contractors. The witnesses said there were multiple bodies lying on the ground when they arrived.

We know two contractors were killed and police are investigating if drugs or alcohol played a factor.

It's a tragic scene no one wants to witness; an upside down car and a victim's shoe and hard hat lying on the ground.

Hatten and her husband were driving on 71st Street when a black car lost control, hit a curb, went airborne and struck two city contractors.

"As we were turning left, we look over our right shoulders and saw bodies laying on the ground," Hatten said.

Tulsa Police said the contractors and a city inspector were working on lights at the intersection of 71st and Elwood before the accident.

Sergeant Lance Eberle, with the Tulsa Police, said, "The city inspector had just walked off and heard a loud crash, turned around and saw the vehicle had left the roadway."

The car, driven by 18-year-old Harley Stone, hit both workers. One was thrown and the other was pinned between his work truck and the suspect's car.

Hatten and her husband were shaken up, but immediately sprang into action.

"What we just started doing is taking pulses, getting other people to help with CPR, moving bodies. I called 911 and they were on the scene within five minutes," Hatten said.

Officers said the driver of the car was also taken to the hospital in critical condition.

Hatten said this is the first time she's seen so many bodies that appeared to be lifeless.

Investigators are still trying to figure out what caused the driver to lose control. They say this is a reminder for everyone to pay attention and slow down.

"Especially in Tulsa, it becomes kind of common place that we drive by these cones all the time, but you've got to slow down and pay attention to your surroundings because people's lives are at stake," Eberle said.

Police said the driver and his passenger have been released from the hospital. Police say Stone told them he took a handful of pills that his friend gave him.

He doesn't know what they were, police report.

They are waiting on blood work to determine if charges should be filed.