Broken Arrow Woman Gets 4th DUI Arrest In One Year 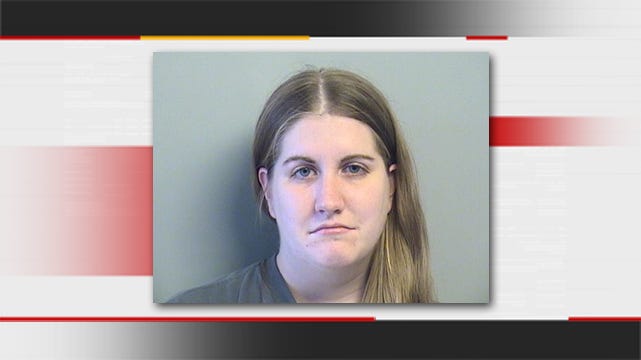 A 23-year-old Broken Arrow woman was arrested Monday on her fourth driving-under-the-influence-of-alcohol complaint in a year.

Police say Jessica Rachel Vaughan had a .32 percent blood alcohol content when she ran into the back of another vehicle. The wreck took place at 1:30 p.m. in the 8100 block of South Riverside Drive.

Vaughan had slurred speech and smelled strongly of alcohol, an arrest report states.

"I asked the driver to exit the vehicle and as she did, she lost her balance and nearly fell," the arresting officer said.

Vaughan was first arrested for driving under the influence of alcohol by the Oklahoma Highway Patrol on April 22, 2013. Court records say she was driving 91 mph on the Creek Turnpike with an open can of beer when she was pulled over.

On January 22, 2014, the OHP again arrested Vaughan for DUI. This time troopers say she attempted to elude arrest, left the scene of a collision with a parked car and ran a red light.

Vaughan was released Monday afternoon on a $15,000 bond.

Broken Arrow Woman Gets 4th DUI Arrest In One Year