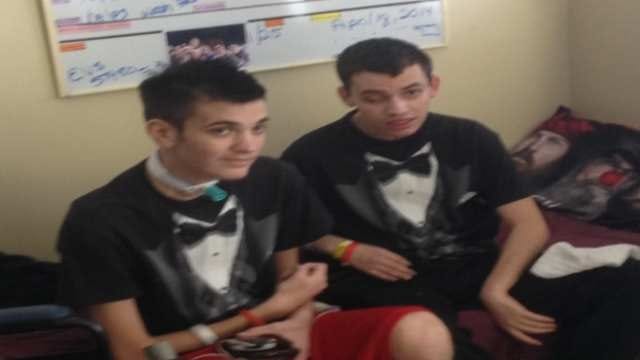 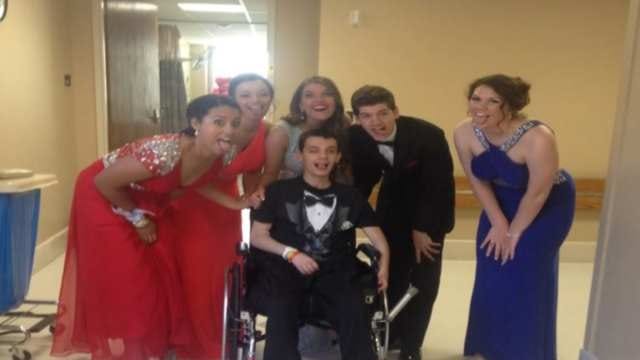 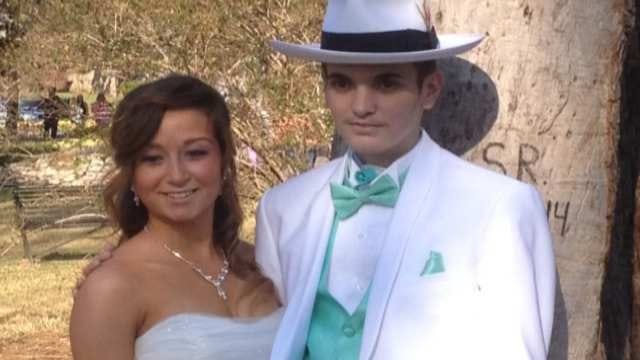 Two Green Country teenagers nearly died in a crash on their way to Berryhill High School. Their injuries were so severe they've both missed out on the last half of their senior year. But there's an important event they didn't miss, prom.

It's been a touch and go for the boys since the accident in January, both spent about two months in ICU. Now, each is facing healing battles of their own.

But despite their injuries, friends and family found ways for both boys to have a night to remember. It's the night many teenagers live for, high school prom. And at Berryhill's big dance Friday night, Bobby Clayton, dressed in a bright, white suit, stole the show.

Karen Nelson, Fundraiser Treasurer, said "They danced around him. A lot of the girls wanted pictures with him. He showed off a little, did a few moves when he could, as long as he could stand up," said Fundraiser Treasurer Karen Nelson. "The girls and the guys split, and some of them went and got him in the wheelchair and wheeled him down the middle and they hooted and hollered and hoorayed for him, and it made his mom cry, so it was pretty nice."

It's been more than 100 days since Clayton and his good buddy, Hunter Bohannon, were critically injured in a car crash on their drive to school. It was an accident that moved Nelson, Cynthia Meza, and several other members of the community, to launch a fundraising campaign to help with the mounting medical bills.

They say it takes a village, well, they've got a community, and our community does stand for one and stand for all," Meza said.

Bohannon was left with a traumatic brain injury. He is alert, but not walking or talking. Clayton's lungs were damaged and he can't talk, yet, but he is learning to walk again.

He's doing so well, The Children's Center in Bethany, where he's being treated, gave him the green light to be a teenager again, just for one night.

"They had to do a lot of tests and train his mom to make sure she could handle any situation, a private nurse had to go along with them, he had to go back to Bethany that same night," Nelson said.

But before posing for pictures, and meeting up with his date, there was someone else Clayton needed to see, Bohannon, who's being cared for at Kasier Rehab in Tulsa. The boys even put on matching tuxedo t-shirts.

"It was neat, though, ‘cause he saw him and his eyes kind of lit up and Bobby's was too," Nelson said.

And when Clayton left, Bohannon got another surprise. Five friends from high school, dressed to the nines, making sure he made a special memory too, on the night of his senior prom.

Bohannon and Clayton both still have a long way to go in their recovery, but I'm told they'll both be released from rehab in the next couple of weeks.

There have been two fundraisers already, and a third is planned for May 9th and 10th, a rummage sale next to the school.

If you can't make it, there are other ways to donate. They've created Go Fund Me website and there is a Facebook page to keep up with their recovery.