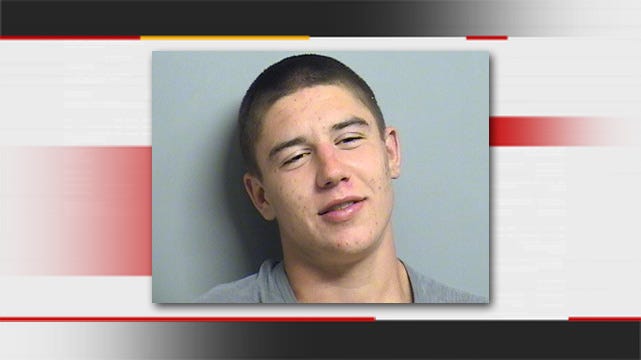 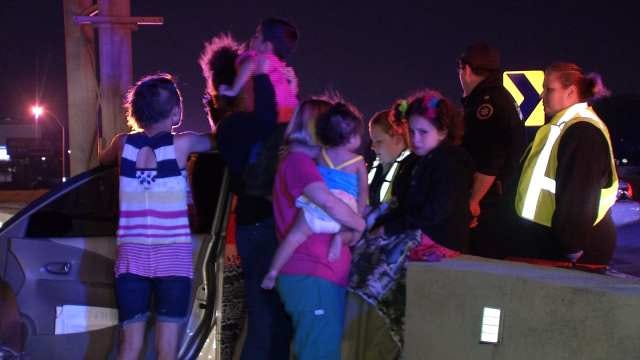 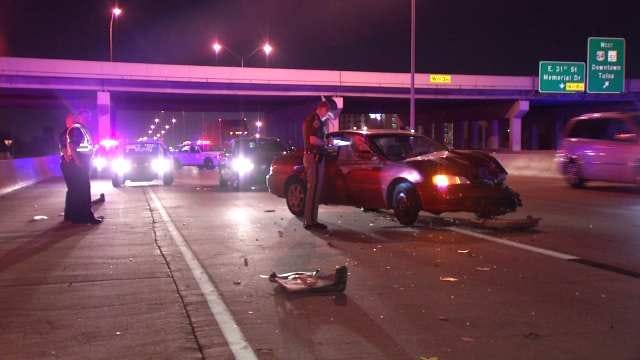 An overnight police chase led to a wreck involving a car full of children.

The chase ended when the suspect, identified as Warren Curtis Blunt, 21, slammed into a concrete median in the eastbound lanes of Interstate 44 and the Broken Arrow Expressway.

Police believe Blunt took off was because there were warrants out for his arrest.

The chase started near 34th and Sheridan while officers were responding to another wreck. They noticed a red truck swerving left of center and tried to pull the driver over.

Instead, he led them on a chase down the Broken Arrow Expressway onto the ramp at I-44 where he crashed into a center median. Blunt then bailed out of his car.

At the same time, in the westbound direction, a car with four kids inside stopped suddenly to avoid hitting Blunt as he ran across the highway. They were rear-ended by the car behind them.

No one was seriously hurt, but several people went to the hospital. Tulsa police took Blunt into custody after a foot chase.

Blunt is in the Tulsa jail for several complaints including resisting arrest, driving under the influence of alcohol, leaving the scene of an injury accident, eluding police, driving on the wrong side of the road and indecent exposure.

The arrest report doesn't give much information about the last complaint other than that Blunt "exposed his genitals in a public place where other persons were present and were offended."