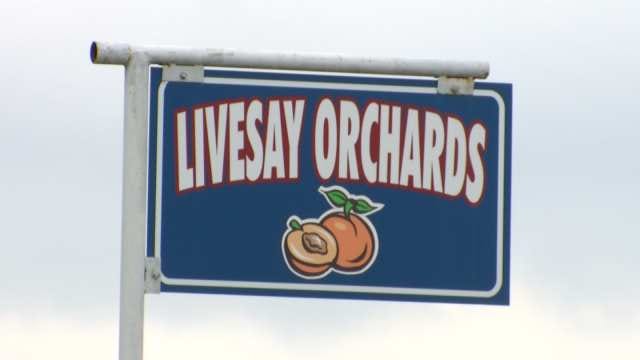 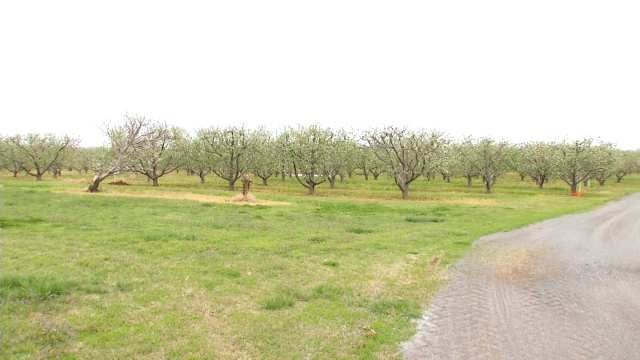 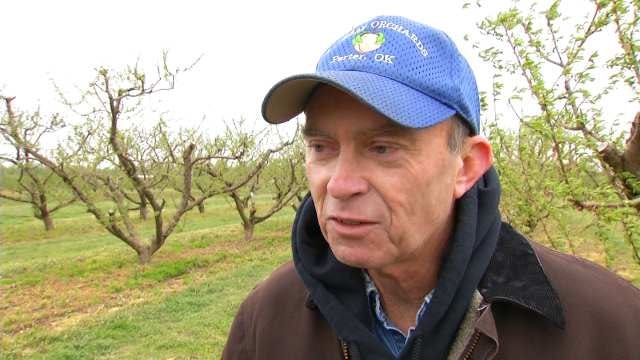 Peach farmers are concerned about their crop due to the freezing temperatures in the forecast. If it gets below a certain temperature, it could damage their crop, so they'll be taking steps to protect them they best they can.

There are lots of buds on the peach trees, and that's good because some of them might be lost. A temperature of 28 is not so bad, but any colder could be a devastating loss.

Tiny peaches are inside the blooms, and at this stage, they're very tender and especially vulnerable to a hard freeze.

It's not an unusual spot for Kent Livesay, of Livesay Orchards, who has seen the damage that's possible from unusual late season cold. He's lost a few crops and managed to save others, even when the weather dips below freezing, after the trees have bloomed.

"If we stay at 28, we'd lose only about 10 percent of the blossoms, which wouldn't be too important because there's a lot more on the tree than we need for a good crop. But if it were to drop to 25, it could be pretty serious damage," Livesay said.

The trees in the orchard bloomed during the recent warm weather, and without a cold snap, would eventually be loaded with peaches. The fruit usually have to be thinned out some, but Monday night, the cold might take out part of the crop.

Livesay plans to use helicopters during the night to stir up the air over the orchard and eliminate cold spots that form in low places.

Like most farmers, Livesay is optimistic, but realistic too.

"It's a little bit worrisome. I was ready for the 20s to be over until November, but at least it's late enough there probably won't be any more after this," said Livesay.

It's not just peaches, apple trees bloomed just a little bit later. A hard freeze, 27 degrees, could really hurt the crop, so they'll try to protect them as well.

At Livesay Orchards, they'll have the helicopters out during the night. They think it will be between 1:00 and 3:00 when the helicopters are flying, hoping to prevent damage to the peach crop.