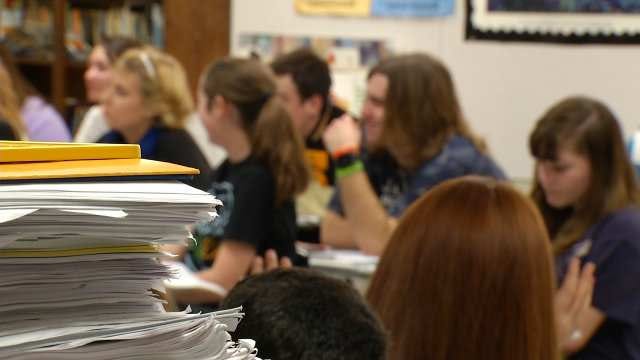 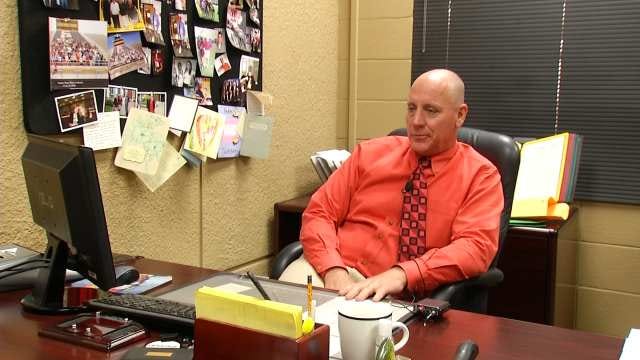 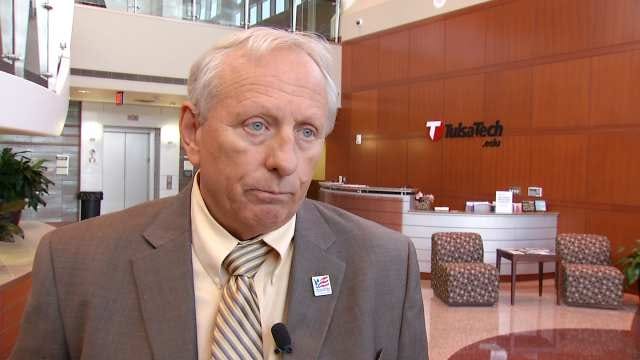 ODOT said the cut would not affect bridge improvements, just widening and resurfacing projects. The bill is now headed to the full Senate.

The state school board association and some local districts have voiced their support for the potential new funding stream.

4/7/2014 Related Story: Proposed Bill Would Take Money From ODOT, Give To Education

Oklahoma's school funding peaked in 2009. Now it's about $200 million less per year, so even if this new money came into the education, it wouldn't make up the difference.

In an advanced English class at Charles Page High School, a few students share desks and the room is crowded with more students than it can comfortably hold. Class sizes are the most visible impact of having more students and fewer teachers.

Charles Page High School Principal Stan Trout, said, "We have seven fewer staff here than I did when I started here seven years ago, with 150 more students than I did seven years ago, so class sizes have skyrocketed. For an English class that used to be 22, now it's 28 or 30."

At Sand Springs, the drop in funding amounts to about $2 million a year. So the notion of any new source of funding is appealing. But Superintendent Lloyd Snow said the legislature doesn't have to cut road funding to pay for education.

"No question we need to fill our pothole and fix our bridges, but we can do all of that, it doesn't have to be at the expense of another," said Snow. "I don't get why we are so focused on reducing revenue streams when infrastructure is falling down around us."

The Sand Springs superintendent and chief financial officer were briefing their chamber of commerce Monday on how the drop in funding has impacted the district.

They talked about the nine bus loads of teachers and parents who attended the state rally for school funding last week. Since then, lawmakers have approved a tax cut on one hand and new funding on another.

The uncertainty, according to Snow, is part of the problem.

"We need a stabilizing effort from our policy makers to fund education fairly, with adequate money, in a way that we can plan, and budget and do the work that's important in every community," Snow said.

The governor had suggested $50 million in new funding for education this year. The decisions typically come at the very end of the legislative session.