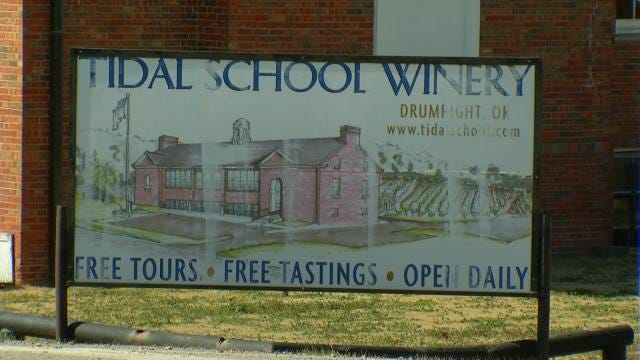 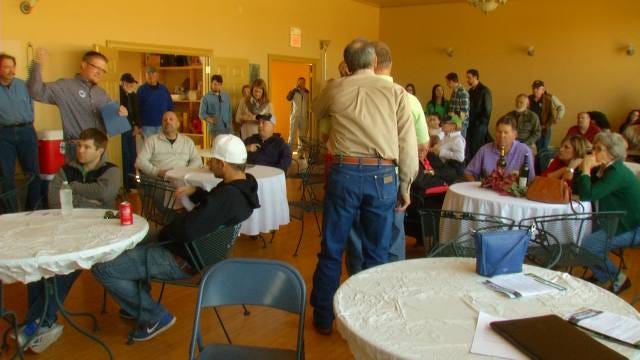 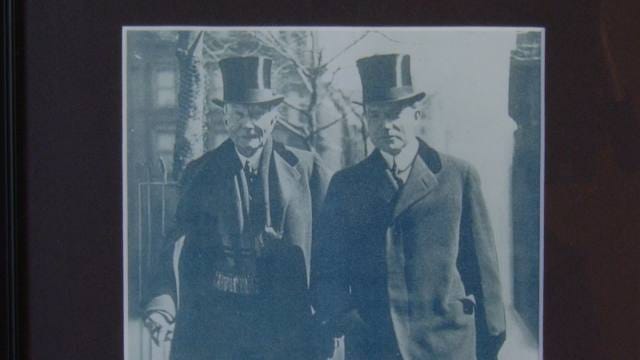 An Oklahoma school and winery has been auctioned off, the Tidal School in Drumright has been around for nearly 100 years, and the winery has its own following.

Now the owner says it's time to move on.

Oklahoma's largest winery is turning a new leaf. People from Florida, Arizona, Ohio, South Carolina and New Mexico all came to Drumright to buy a piece of history.

Auctioneers called out numbers, selling the school-turned-winery to the next opportunist.

If walls could talk, these would share the story of John D. Rockefeller and J. Paul Getty, who came in the early 1900s after an ocean of oil, made Oklahoma the oil state.

Rockefeller built the Tidal School for refinery families in 1930. It later became a community center, then, sat vacant for years, until Gary Schroeder had a vision in 2002.

"We just thought it was a great place to educate people about the wine culture," Schroeder said.

Once known for its outpouring of oil, Drumright is now visited for the wine that's poured. Oklahoma Sweet and Oklahoma Sunset wines attracted more than a thousand bidders Thursday, ready to buy the building and its winery equipment.

"Everything to do with wine making, I'm interested in," said wine Consultant Robert Webb.

Webb flew in from Arizona for tanks, pumps, filters and bottles.

"My family grew up right across the road right up here, and my dad worked for Getty Oil Company until the day he died," Toni said.

With a family tie, and memories with her husband Carl, the couple put a price on the building, and won, for $168,000.

"It's got a lot of significance to us and I'm just glad it didn't go to some other use," Toni said.

It'll stay as it has for nearly a century, just spouting Pinot Grigio instead of grease. The new owners said they don't have plans to make a lot of changes. Their focus is on preserving the historic building.