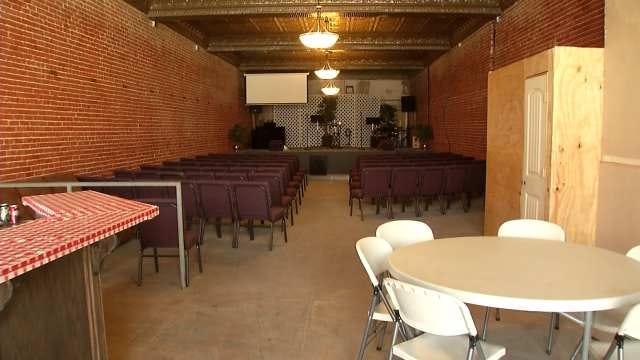 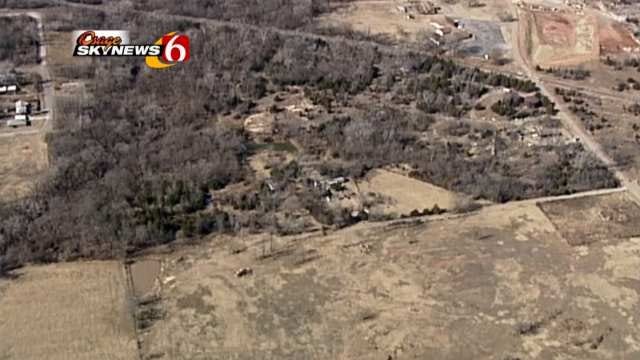 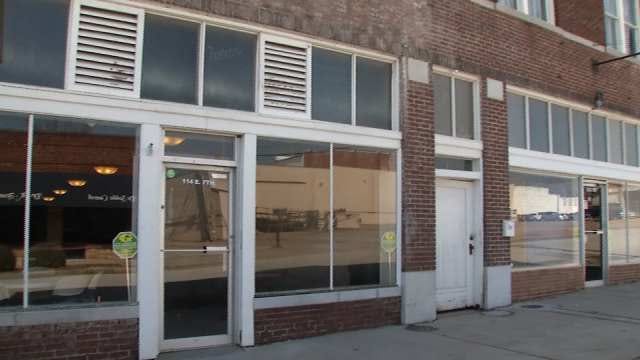 A Bristow church is facing tough times after it was forced to move out of its building.

We told you about the First Assembly of God in January and how it was built on what is now a Superfund site.

The pastor said faith will pull the congregation through a trying time.

The congregation's "new" building has been a grocery store, an upholstery shop and most recently, a bar. But it's being converted into a church and a youth center all because the church's old building is on top of an old oil dumpsite.

In the heart of downtown Bristow sits one of the city's oldest buildings. Built in 1923, it originally was a hotel.

"The last thing that it had been used for was a bar," pastor Mark Evans said. "So there were posters and banners of beer advertisements all over the place.

Evans' church has remodeled the old bar and restored the tin ceiling and brought in chairs and musical instruments.

He now calls it Brick Street, it's used by the church's youth for worship and meetings.

So why would a church take over a bar?

Evans says they didn't have much choice after the Department of Environmental Quality put 125 acres of land in Bristow on the Superfund list.

It was home to the old Wilcox Oil Company's oil refinery.

He decided to close the building and his congregation has faced challenges ever since.

Evans said the church pays more than $1,100 in rent for the old building and a place to worship at another church in town.

In addition, he says, his staff had to take a 25-percent pay cut so they could pay the bills and afford to remodel the old bar.

Despite the difficulties, Evans says, the church has received a ton of support. Checks from strangers arrive in the mail to pay bills, for example.

He's not worried. He says his faith teaches that good can come from tragedy.

"God works all things together for the good, the Bible tells us that," Evans said. "So I think we can rejoice in the midst of what we are going through because we know God's going to work it all out."

Evans said he'd like to have property for the new church within a year and move into a new building within two to three years.

Bristow city leaders are looking to create what is essentially a virtual fenceline around the city.

All of the land inside the strip would still be part of Creek County.

Mayor Ralph Barnett says the goal is to protect the city's water lines.

For example, if the city expands water lines to a rural area outside city limits, the annexation would prevent other water utilities from taking over those lines.

"We're not trying to provide annexation; it's still a rural area," Barnett said. "All we're trying to do is protect the lines that we do put in the ground."

The city is holding a public meeting Monday night to talk about the project.