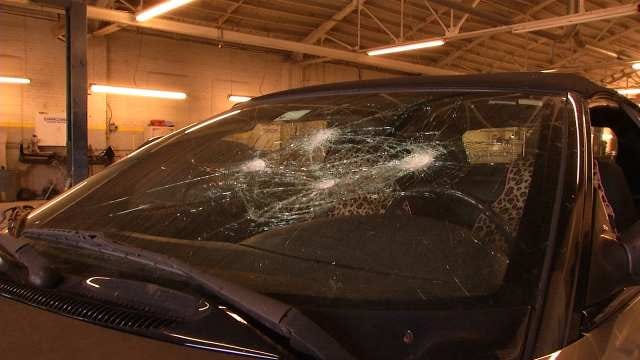 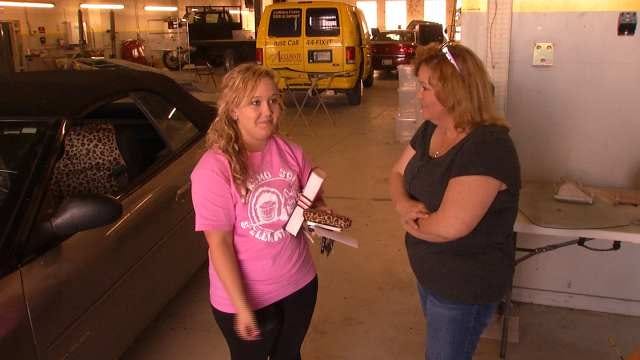 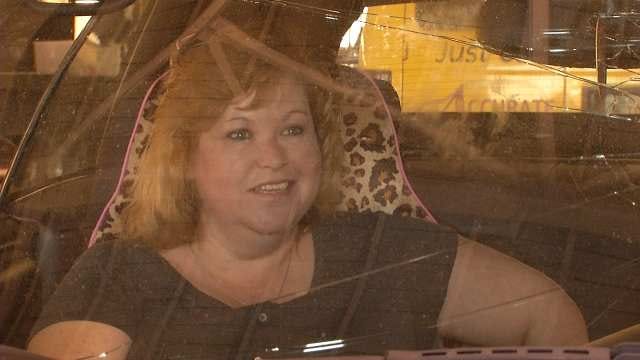 A Green Country teenager fears for her safety after getting out of school to find her windshield had been bashed in. It happened in broad daylight in the middle of the Charles Page High School parking lot in Sand Springs.

Her mother believes it was a case of extreme bullying. She said her daughter had never had an enemy until just recently. She said another high school student has been sending the girl mean messages, even following her at times.

Frightening enough, that it had gotten to the point where they had been considering a protective order, something they very much plan on filing for now.

"Scares me to death," Tresa Johnson said. "This could have been her."

Sitting in the passenger seat of her 16-year-old daughter's car, with a window that's been smashed in four different places, Johnson is going over the many dreaded "what if" scenarios.

"It looks a lot like either the end of a tire iron or a hammer," said Johnson. "If she would have walked out to her car to get a book and walked up on this, they could have turned the hammer on her."

Her daughter, Mykayla, was in 7th hour when a friend called from the school parking lot with the bad news.

"I was shocked. I just started crying, it was embarrassing," Mykayla Johnson said.

It was also confusing, especially for Mykayla's mom.

"She teaches Sunday school at her church," Tresa Johnson said. "She has a heart of gold, she's a good kid. Good kids don't deserve this, nobody deserves this."

She said it was an extreme case of bullying, but fears it could be the beginning of something much more dangerous.

"If somebody has the audacity and the guts to do something like this, with as much violence and anger as it took and they did it during the day, in the middle of a high school parking lot, what else would they do to her," Tresa Johnson asked.

There are a several security cameras in different places in the high school parking lot. Both school security and police said they will review that footage.

"My principal tells me it's an investigation that will come to a conclusion," said Sand Springs Superintendent Lloyd Snow. "That kind of aggression is dealt with pretty harshly, but again, it would all depend on the nature of the facts and how it all unfolds."

Mykayla said she's scared, but until they know those facts, she's doing the best she can.

Police said they have interviewed one person, but said they don't have any credible evidence or a probable cause.

They're asking anyone with any information to call them at 918-246-2542. The person responsible could face a misdemeanor vandalism charge.

The superintendent said the school takes bullying very seriously and said vandalism, like in this case, is rare within the district. If it is determined a student was behind the crime, that person faces suspension or expulsion.

There is one nice thing to come out of this story. A worker at Accurate Autobody and Glass in Sand Springs found out what happened through Facebook and offered to repair the windshield for next-to-nothing despite having never met Mykayla, or her mom.