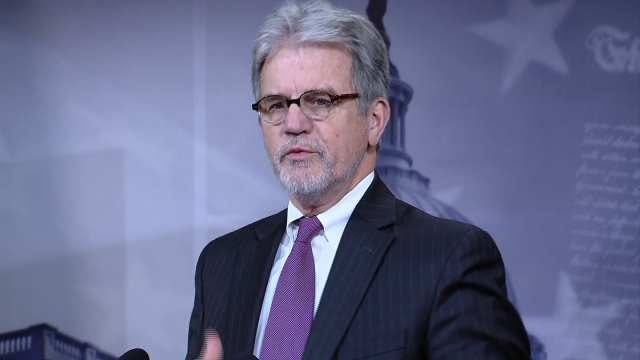 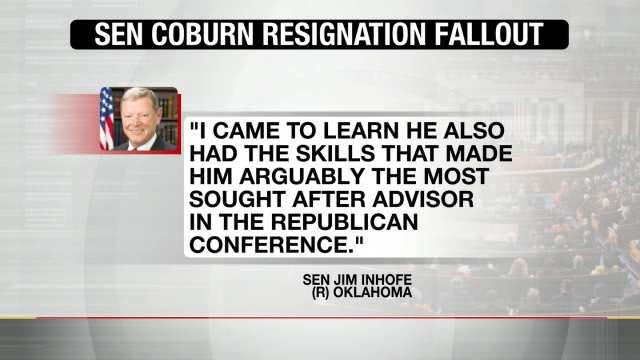 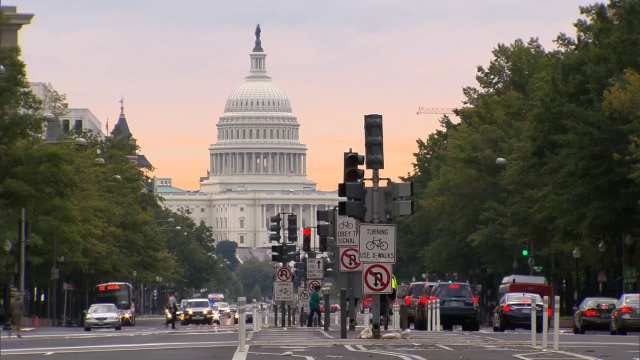 Oklahoma's Tom Coburn said he will give up his Senate seat two years early, retiring at the end of 2014.

Coburn has prostate cancer but said his early retirement falls in line with his promise to be a citizen legislator rather than a career politician. Coburn may not blame his health, but the rest of Oklahoma's congressional delegation is concerned.

Most of our Congressmen wouldn't comment on the possibility of running for Senate in the wake of Coburn's retirement. In fact, many of them said it's inappropriate to do anything but pray for Senator Coburn and his family at this time.

In a short video statement Tom Coburn said he understands people want to see change in Washington, and he said that means changing everyone in Washington.

"At the end of this year, I have made a decision that I will return to Oklahoma as a private citizen to live under the laws that I helped to write and, unfortunately, under the laws, many, many laws in which I had hoped to have stopped, but couldn't," he said.

Coburn's seat will be up for grabs on the same primary and general election ballot as Oklahoma's other senate seat.

Senior senator Jim Inhofe said in a statement, "I came to learn [Coburn] also had the skills that made him arguably the most sought after advisor in the Republican conference."

In a news conference Governor Mary Fallin said she is sad Coburn will retire, calling him a hero for the American taxpayer.

"His consistent, relentless advocacy for responsible spending and deficit reduction has earned him the respect of both sides of the aisle," Fallin said.

Democratic President Barack Obama praised Senator Coburn as a personal friend who was willing to work in a bipartisan manner to fight wasteful spending.

In a statement the president said the people of Oklahoma have been "well-served by this `country doctor from Muskogee' over the past nine years."

And Coburn said he will continue to be a voice for Oklahomans.

"While I'm retiring from the senate, I am not retiring from public life or the interests and will continue to fight for those values Oklahomans hold dear," Coburn said.

As of now, no one has said they'd consider running for Senator Coburn's Senate seat.

There are some who say they will not. Governor Mary Fallin said she would not run for Senate but will seek reelection as Governor. Congressman Markwayne Mullin also said he will not run for Senate and Tulsa Mayor Dewey Bartlett said he is not interested either.