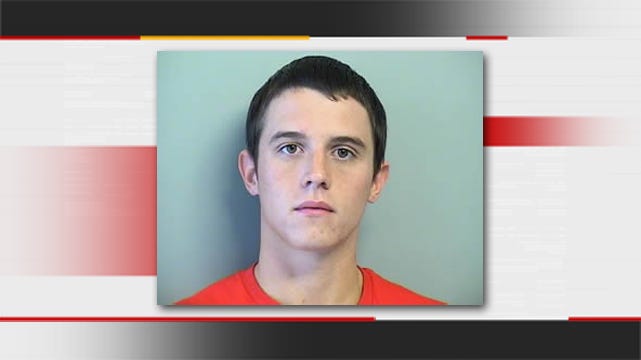 Christopher Ryan Teter is their Most Wanted suspect of the week.

According to court records, Teter was driving in Broken Arrow in July, 2013, when he was pulled over for an expired tag. During the traffic stop, a Broken Arrow Police officer said Teter gave him permission to search Teter's red Chevrolet Impala.

The officer said in an arrest report that the center console under the car's gear shifter was loose and that he could see cash underneath. The officer said he found a stash of about $500 in cash, a digital scale and two black plastic bags "with a cartoon skunk labeled stink sack," the report states.

There was a white, crystallized substance in both bags. The arresting officer said the substance in one of the bags - about 5 grams - tested positive for methamphetamine. The other bag apparently held about 11 grams of salt, the report states.

Teter, 20, was arrested for possession of a controlled drug with intent. The weapons charge comes from an earlier arrest, also in Broken Arrow. Teter was arrested on April 30, 2013, with two handguns in the back of a car. He also reportedly had a Billy club and a marijuana "roach" in the vehicle.

If you can help police find Christopher Teter, call Crime Stoppers at 918-596-COPS. There is a reward for information leading to his arrest.