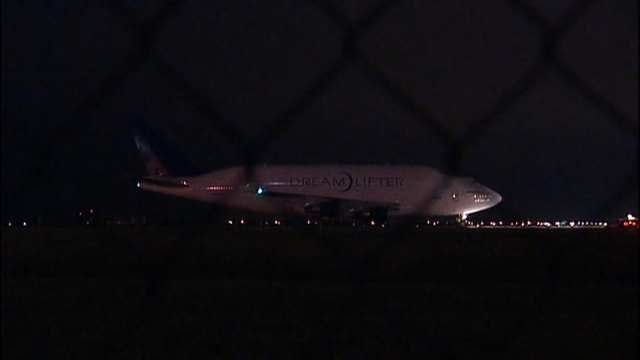 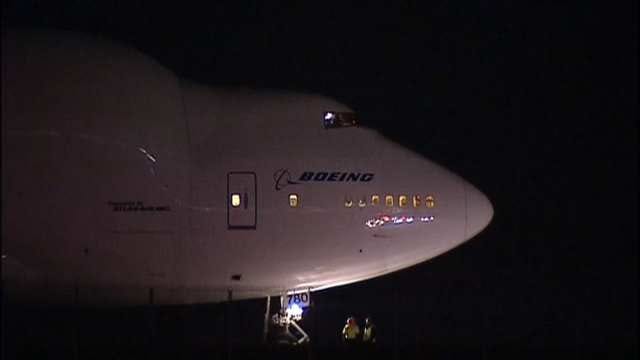 A Boeing Dreamlifter cargo plane landed at the wrong airport in Wichita, Kansas Wednesday night. Now the question is, how will it take off?

CBS affiliate KWCH-TV in Wichita reports the converted Boeing 747 was scheduled to land at McConnell Air Force Base, but instead landed at the much smaller Col. James Jabara Airport at 9:20 p.m.

The smaller airport is located about nine miles north of McConnell.

Boeing says the Dreamlifter needs a runway 9,199 feet long to take off at maximum takeoff weight, and 7,000 feet to land at maximum landing weight. The runway length at Jabara is 6,101 feet.

Boeing released the following statement on the incident:

"A Dreamlifter bound for McConnell Air Force Base in Wichita safely landed this evening at nearby Col. James Jabara Airport instead. We are working to determine next steps and will have additional information in the morning."

Boeing says this Dreamlifter is owned by Atlas Cargo based in New York and had a crew of two on board. Van Williams, a spokesman for the city of Wichita, says the company is sending another crew from New York to fly the jet out of Jabara.

Williams says this Dreamlifter does have cargo on it.

Williams says neither the plane nor the airport was damaged in the mistaken landing. The airport is closed and will stay that way until the Dreamlifter leaves and the runway can be inspected.