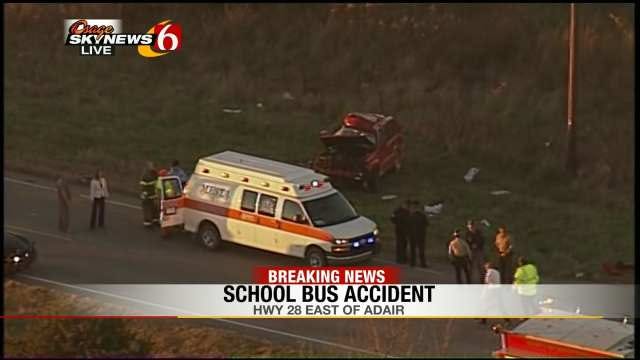 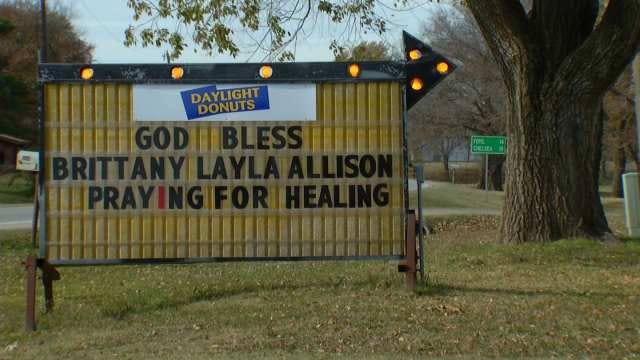 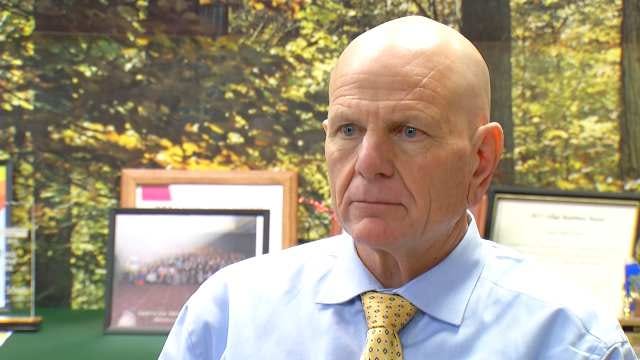 Three girls were injured in a wreck with a school bus on Wednesday and face a long road to recovery.

Two of the teenagers were flown to a Tulsa hospital and another was rushed there by ambulance.

The girls turned in front of a school bus along Highway 28 East of Adair in Mayes County.

Some say prayer doesn't belong in public schools, but at Adair High School, a there's a lot of praying going on.

"Right now that's what we can do to help the most, is just pray God's healing hand upon them," Adair superintendent Tom Linihan said.

The town, and especially the school district, is pulling for the injured girls.

"This is a very strong faith community, and I have no doubt that is helping the people that are struggling and will continue to help as we move through it," counselor Michelle Taylor said.

Allison Holt, a 16-year-old sophomore, was driving when the car turned in front of the oncoming school bus.

Both Allison and her sister, 18-year-old Layla Young, face surgeries for lower-body injuries like broken legs and a broken pelvis.

Another passenger, 15-year-old Brittany Stokes, who moved into the district last spring, had surgery Wednesday night for internal bleeding and is in intensive care.

"We're a small community, everybody knows everybody, so we look at all of our students as our kids," Linihan said. "Anytime our kids are involved in an accident of this magnitude, it affects everybody."

At Adair High, where Allison and Brittany are students and Layla graduated last year, they're trying to keep the routine as close to normal as possible, but counselors are on hand to talk with students if needed.

And in a close-knit community, everyone is worried about the girls.

"It is really personal when they go through something like this, you just hope the family and all the support system is there for them, including us," counselor Michelle Taylor said.

The school bus driver, who wasn't hurt, dropped off his last student shortly before the wreck happened.

Linihan is thankful for that, and that a Mayes County deputy who witnessed the wreck was able to get emergency help so quickly.

"They're all young and hopefully have a lot of their life ahead of them and hopefully they'll get to realize that," Linihan said.