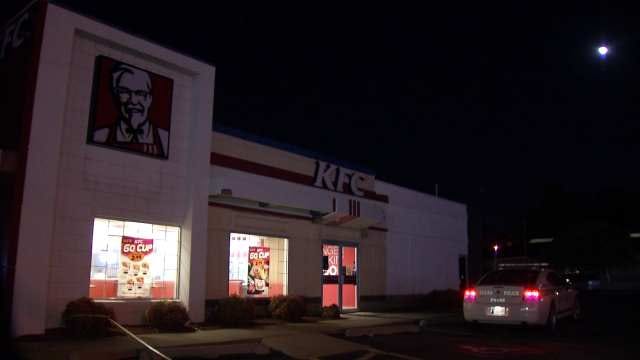 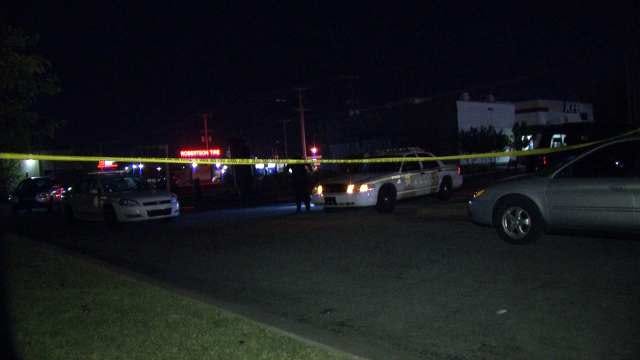 Police are investigating an armed robbery at the KFC in Brookside.

Three men got away in a pickup, but not before firing a gun inside the restaurant and wounding an employee.

Police said the KFC, located at Peoria Avenue and 43rd Street, was closed around 10:30 p.m., and there were no customers inside.

Police said after closing time, an employee went out back to take out the trash and was confronted by two people, one had a kitchen knife and the other had a gun.

They backed the employee back into the restaurant and forced the manager to open the safe, police said.

At some point, one person fired a gun, and an employee was hit in the stomach with a bullet.

That person was checked out at a local hospital.

The suspects -- three black men in their early 20s-- took the money and took off in a blue Chevrolet pickup, sideswiping a parked car and grazing a tree on the way out of the parking lot.

If you know anything about this robbery, please call Crime Stoppers at 918-596-COPS.