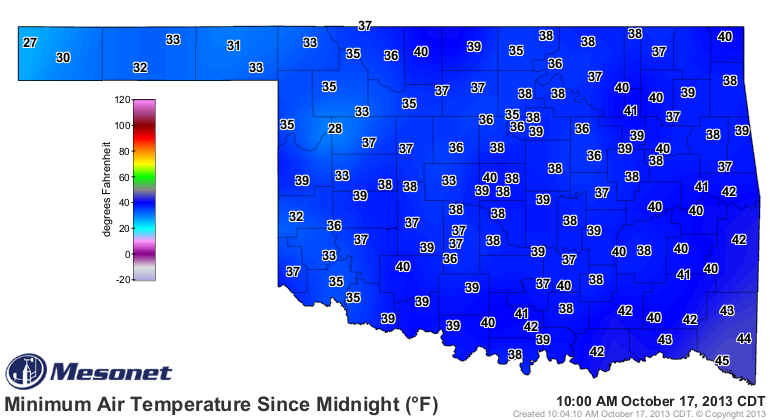 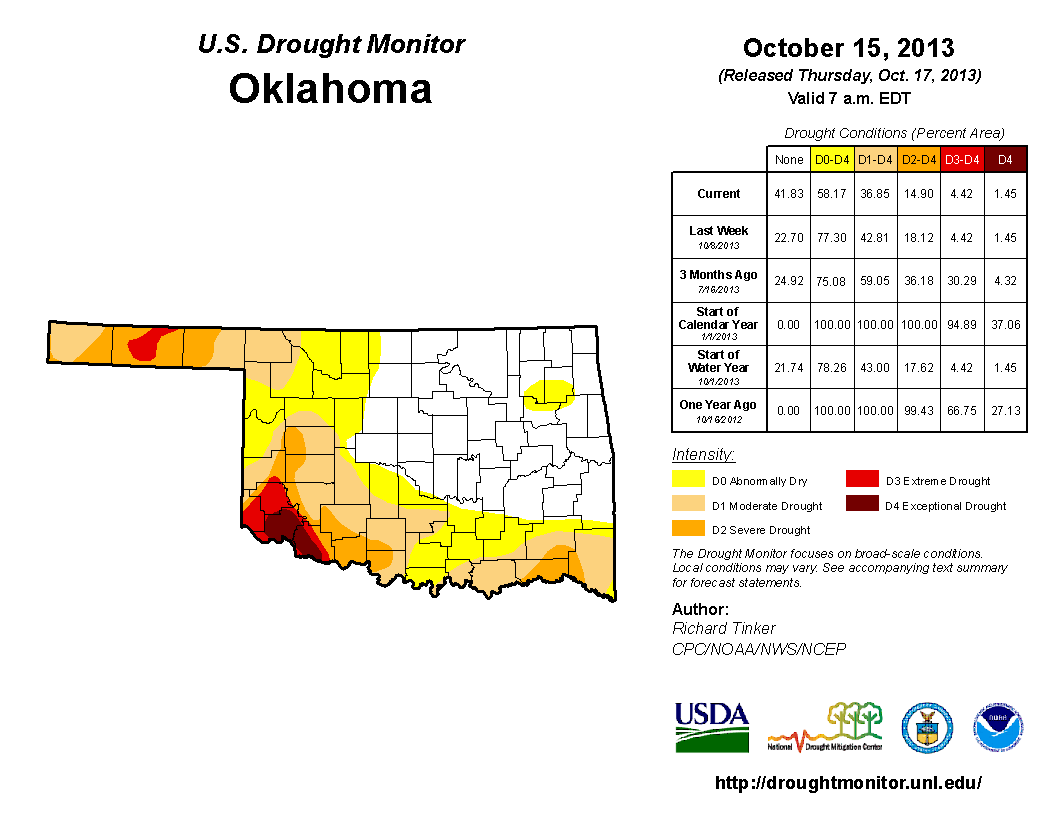 After one of the coolest mornings since early last spring, it's high time we recognize that the autumn chill is here (more or less) to stay. October is a big transition month here in Oklahoma where the average high temperature goes from 78° to 68°. While day-to-day temperatures vary much further, that downward trend shows that chilly nights and mild days are the norm. The 80s and 90s we left just a short time ago are now (finally) a rarity.

The shift in temperatures seems even more dramatic after starting the month with largely above-normal temperatures. Now, we face a few weeks of cooler (and in some cases, much cooler) than normal readings. Our average first freeze is November 3rd, but we may not have to wait as long this season.

A large trough is parking itself over the Great Lakes, which will keep us locked into an unsettled northwesterly flow pattern in the jet stream. Essentially, that's a conveyer belt for cold fronts that continue to reinforce the cool-down over our region. One such wave comes Friday with clouds and a chance of showers. Temperatures will likely start falling by afternoon as a raw northerly wind combines with rain to rapidly cool the air. In its wake, temperatures may dip to frosty levels in northeastern Oklahoma Saturday morning. Tulsa may avoid a freeze, but 30s seem likely. Needless to say, it will be a chilly night for Oktoberfest and a cold start to Oklahoma State University's Homecoming events.

Temperatures rebound nicely over the weekend with highs in the 60s and lower 70s with ample sunshine. A gorgeous fall weekend will give way to yet another cold front sweeping around the trough early next week. Our 70s will be brought to the 60s and possibly 50s by midweek. Short warm-ups followed by more substantial cool-downs appear to be our pattern until about Halloween. The 8-14 Day Outlook issued by the Climate Prediction Center shows well the cold pattern that's gripping much of the country. This could even lead to early season snowfall throughout many areas of the Midwest!

These kinds of patterns will often hold for a couple weeks before shifting. If the timing of this holds true, November may revert back to more comfortable readings as the temperature decline plateaus for a bit. I think I can safely say, though, that we'll be grabbing that jacket on a regular basis now.

We'll be grabbing the rain jacket as well from time to time. The pattern isn't overly wet as the northwesterly flow cuts off moisture from the Gulf of Mexico, but rain chances are with us Friday and again early next week. The rainfall from the previous week helped to reduce drought in Oklahoma as well! Nearly all of Green Country is void of a drought classification, but Tulsa still has nearly a half-foot rainfall deficit for the year. The final map shows the state of drought in our state.