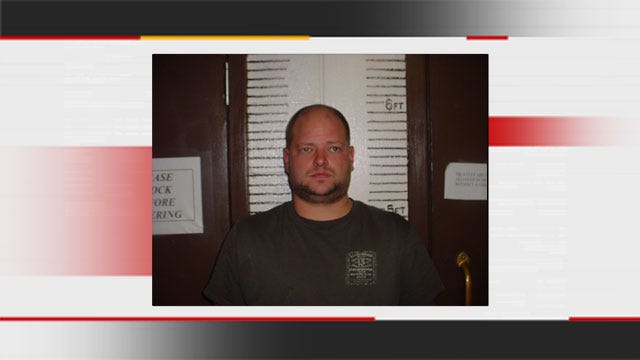 An Oklahoma man accused of fatally shooting his girlfriend's ex-husband, cutting up his body and stuffing the remains into cement-filled buckets is scheduled to enter a plea.

Justin Hammer is scheduled to be arraigned in Garvin County District Court Friday on a first-degree murder charge in the Aug. 7, 2012, death of 32-year-old Brandon Duran. Hammer has already entered an initial plea of not guilty in the case.

Hammer was ordered to stand trial on the murder charge following a preliminary hearing in February. Prosecutors allege Hammer shot Duran in August 2012 and then panicked, cutting up the body and placing body parts in cement-filled buckets that were thrown into a pond on his property.

The buckets containing Duran's body parts were later recovered from the pond in Elmore City.