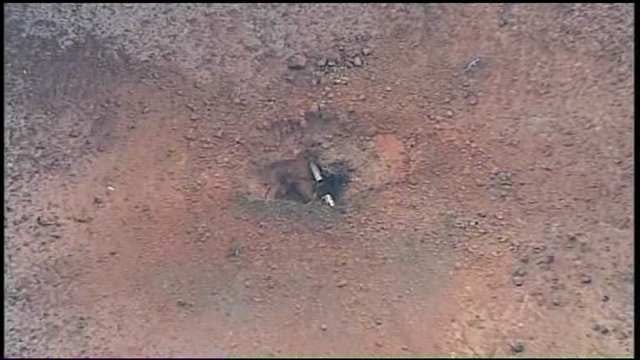 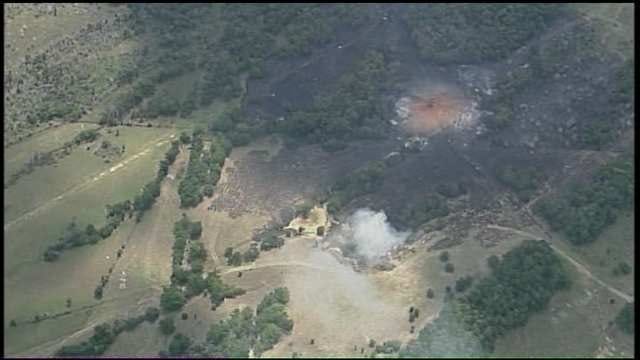 Inspectors from the Oklahoma Corporation Commission are working to figure out what caused a natural gas pipeline to explode Tuesday morning near Kiowa in Pittsburg County.

No one was injured, but the explosion left some damage behind.

This isn't the first time the commission has had to deal with underground lines exploding.

The pipeline that exploded in Kiowa was regulated by the U.S. Department of Transportation. Officials say everything about the pipeline is considered when they do their inspections.

"We have about 50,000, actually over 50,000 miles of line, and that includes both Natural Gas Pipeline and what would be termed hazardous liquid pipeline," said Matt Skinner, with the Oklahoma Corporation Commission.

A spokesperson for the state agency that regulates and helps inspect underground lines said it has criteria for pipeline inspections.

The Oklahoma Corporation Commission says it only regulates pipelines that stay inside the state of Oklahoma. If a pipeline goes through the state, the federal government regulates those.

The Corporation Commission deploys a team of 10 inspectors across the state. Each pipeline must be inspected once every three years.

"Obviously, we want to know what the cause of it is, and so does the company that owns it," Skinner said.

Tuesday in Kiowa, it looked like a small bomb went off in a field. Trees were fried and even a small barn caught fire.

Back in 2008, a natural gas pipeline exploded in Alex, Oklahoma. Three homes were destroyed and two people were taken to area hospitals.

"It is important to remember that incidents such as what happened today are rare in Oklahoma, when compared to the vast miles of line that we have through the state," Skinner said.

Sections of the pipeline in Kiowa will be sent to a lab and it will be analyzed to determine a cause.