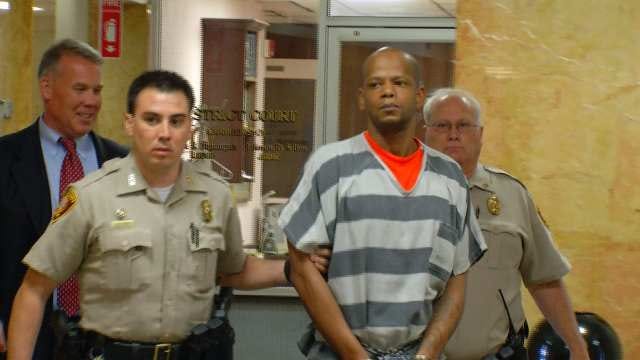 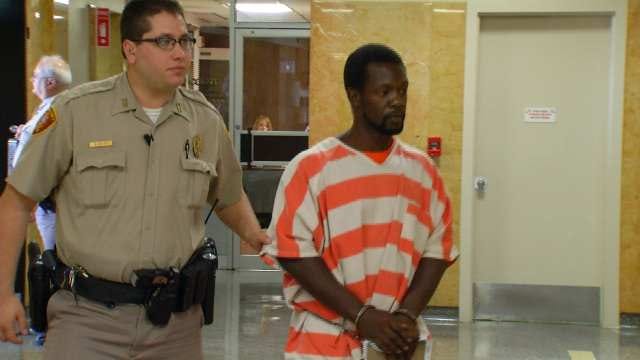 A preliminary hearing is underway Monday for two brothers charged in the shooting deaths of four women at a Tulsa apartment.

Cedric Poore, 39, and James Poore, 32, have both pleaded not guilty to the January 2013 shooting deaths of twin sisters Rebeika Powell and Kayetie Powell-Melchor, 23; Misty Nunley, 33, and Julie Jackson, 55.

There was a very emotional moment during the preliminary hearing, as the person who found the four bodies at Fairmont Terrace relived that day.

For many of the victim's family members, it was their first time hearing this testimony.

A witness told the court she last spoken with one of the twins shortly after noon on January 7, 2013. During that call, Moore said she heard Rebeika Powell saying, "I'm not afraid. I'm not afraid of anyone," to someone in the background.

Moore said she went to Rebeika's apartment a few minutes later and that's when she discovered, Rebeika, her twin sister Kayetie,

Misty Nunley and Julie Jackson all dead in the apartment.

Moore described the women as having blood around their heads and their hands tied.

During that testimony, defendant James Poore looked up towards the ceiling while Cedric stared ahead.

Earlier in the day, Cedric's daughter, Quashaun Poore, 19, took the stand as the state's first witness. She broke down for a brief second after the prosecution asked her to identify her father.

During her testimony, she told prosecutors that the day after the murders, she had a conversation with her uncle, James Poore, about being afraid to go back to Fairmont Terrace. She said James told her she didn't have to be scared because "he did it."

"He said he was by himself and no one suspected he did it," she said.

Quashaun also said James told her they were, "doing what they normally do and something went wrong."

She claimed, a few days after the murders, her brother-in-law, James, told her he's the one who killed the four women.

According to Casey, James told her that one of the twins always had drugs and money in her apartment, so he went to the apartment to rob her. She said James said he believed two of the women could identify him, so he tied them up and shot them.