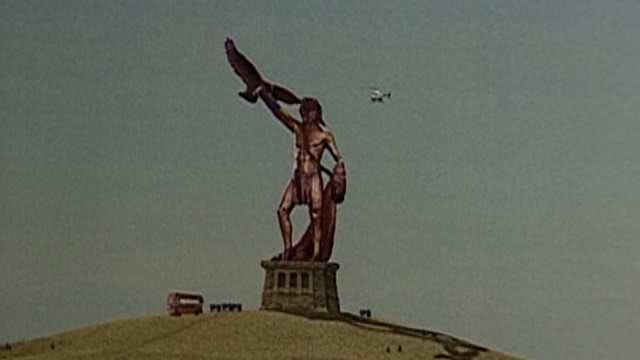 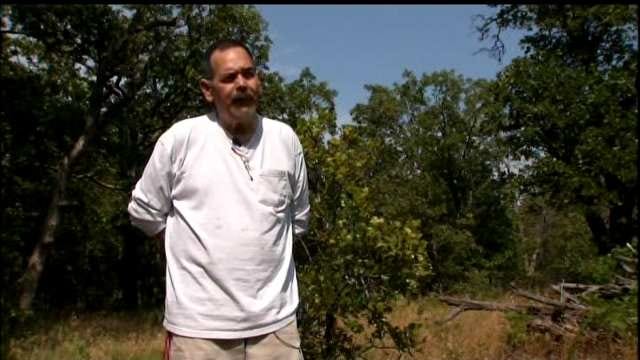 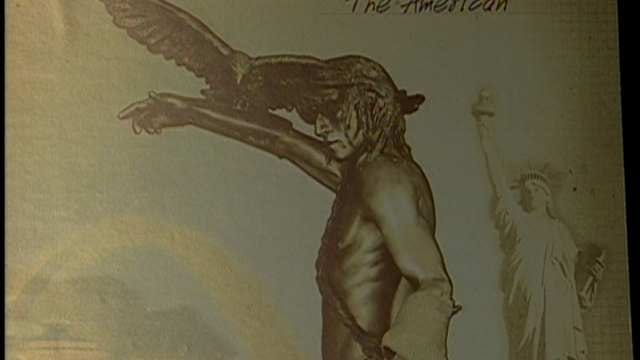 A 21-story monument that's been making headlines for nearly a decade is one step closer to becoming reality.

The Sand Springs City Council met Monday night and voted on a measure that will essentially get the ball rolling on "The American" statue.

The council unanimously approved of a $48,500 engineering study that would determine the amount of infrastructure needed for the property that's been donated to the project.

High atop the rolling hills of south Osage County sits a plot of land that might be destined for a design unlike any the state has ever seen.

"It's called 'The American,' because the Native American was the first," said artist Shan Gray.

"The American," if built, would be the tallest freestanding bronze statue in the world, towering 21 stories in the air.

But, in nearly 10 years, there have been several failed attempts to find a place to put "The American," and funding to build the $34 million monument hasn't panned out, either. The project stalled during the 2008 recession.

But Gray said the time is right now, and the City of Sand Springs agrees.

Rogers said a study showed the statue would bring up to 2 million visitors, and their money, to the town each year.

He said the statues home has been secured. The Charles Page Foundation has offered to donate 40 acres, just north of town in Osage County.

Gray said the foundation has also agreed to sell 600 surrounding acres of untouched land to the project.

"Outside of a few cattle trails, it's 3,000 acres of trees that were here the last 100 years, so it's pretty exciting," Gray said.

Gray said he's been promised millions of dollars by private investors. And the City Manager said they could tap into revenue from the city's hotel/motel tax to help fund some of the infrastructure.