WEB EXTRA: Video From SkyNews9 Of Tornado Near Little Axe WEB EXTRA: Video Of Damaged Vehicles Along I-40 Near Shawnee 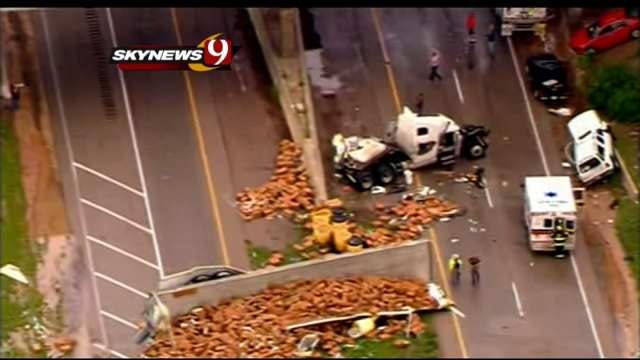 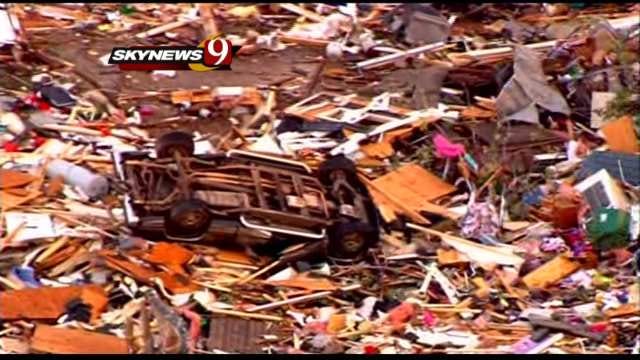 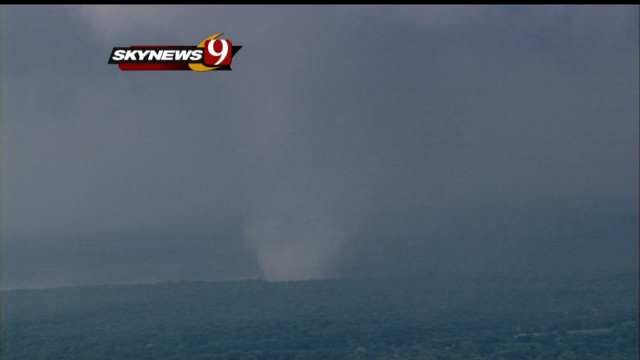 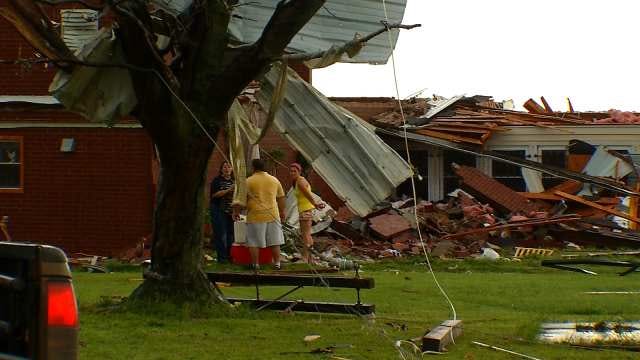 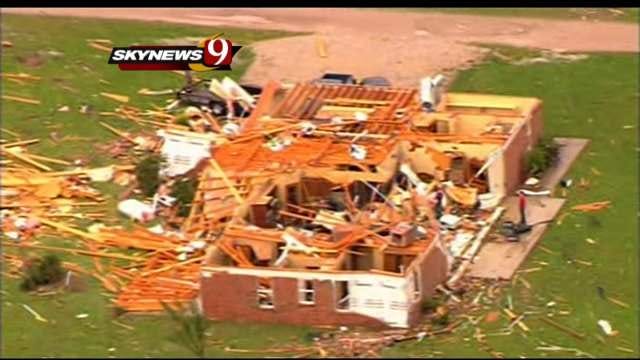 Update: Two Shawnee men are confirmed dead after the May 19 tornado outbreak. The Oklahoma Medical Examiner's Office has identified them as 79-year-old Glen Irish and 76-year-old Billy Hutchinson. Keep checking back for more information.

Tornadoes ravaged portions of central Oklahoma on Sunday, reducing portions of a mobile home park to rubble and killing a 79-year-old man whose body was found out in the open.

"You can see where there's absolutely nothing, then there are places where you have mobile home frames on top of each other, debris piled up," Pottawatomie County Sheriff Mike Booth said after surviving damage in the Steelman Estates Mobile Home Park. "It looks like there's been heavy equipment in there on a demolition tour.

Across the state, 21 people were injured, not including those who suffered bumps and bruises and chose not to visit a hospital, said Keli Cain, a spokeswoman for the Oklahoma Department of Emergency Management. Booth said six at Steelman Estates were hurt.

Following the twisters, local emergency officials went from home site to home site in an effort to account for everyone. Cain said that, many times in such situations, people who are not found immediately are discovered later to have left the area ahead of the storm. Booth said everyone from the trailer park had been found.

Forecasters had been warning of a general storm outbreak since Wednesday, and for Sunday's storms some residents had more than a half-hour's notice that a twister was on the way. Tornado watches and warnings were in effect through late Sunday in much of the nation's midsection.

The trailer park west of Shawnee was among the hardest-hit areas, and among the hardest to reach, as tractor-trailers that forced the closure of a section of Interstate 40 north of the site and power lines draped across roads to the south.

James Hoke lives with his wife and two children in Steelman Estates. He said the family went into their storm cellar as the storm approached. When they came out, their mobile home had vanished.

A storm spotter told the National Weather Service that the tornado left the earth "scoured" at the mobile home park — using a term used by storm chasers to describe grass being ripped out by high winds.

"It seemed like it went on forever. It was a big rumbling for a long time," said Shawn Savory, standing outside his damaged remodeling business in Shawnee. "It was close enough that you could feel like you could reach out and touch it."

Oklahoma Governor Mary Fallin declared an emergency for 16 Oklahoma counties that suffered from severe storms and flooding during the weekend. The declaration lets local governments acquire goods quickly to respond to their residents' needs and puts the state in line for federal help if it becomes necessary.

Heavy rains and straight-line winds hit much of western Oklahoma on Saturday. Tornadoes were also reported Sunday at Edmond, Arcadia and near Wellston to the north and northeast of Oklahoma City. The supercell that generated the twisters weakened as it approached Tulsa, 90 miles to the northeast.

"I knew it was coming," said Randy Grau, who huddled with his wife and two young sons in their Edmond home's safe room when the tornado hit. He said he peered out his window as the weather worsened and believed he saw a flock of birds heading down the street.

"Then I realized it was swirling debris. That's when we shut the door of the safe room," said Grau, adding that they remained in the room for 10 minutes.

In Oklahoma, aerial television news footage showed homes with significant damage northeast of Oklahoma City. Some outbuildings appeared to have been leveled, and some homes' roofs or walls had been knocked down.

"When I first drove into the neighborhood, I didn't see any major damage until I pulled into the front of my house," said Csaba Mathe, of Edmond, who found a part of his neighbor's fence in his swimming pool. "My reaction was: I hope insurance pays for the cleaning."

"I typically have two trash cans, and now I have five in my driveway."

The Storm Prediction Center had been warning about severe weather in the region since Wednesday, and on Friday, it zeroed in on Sunday as the day the storm system would likely pass through.

"They've been calling for this all day," Edmond resident Anita Wright said after riding out the twister in an underground shelter. She and her husband, Ed, emerged from their hiding place to find uprooted trees, downed limbs and damaged gutters in their home.

In Katie Leathers' backyard, the family's trampoline was tossed through a section of fence and a giant tree uprooted.

"I saw all the trees waving, and that's when I grabbed everyone and got into two closets," Leathers said. "All these trees just snapped."

CBS NEWS contributed to this report.