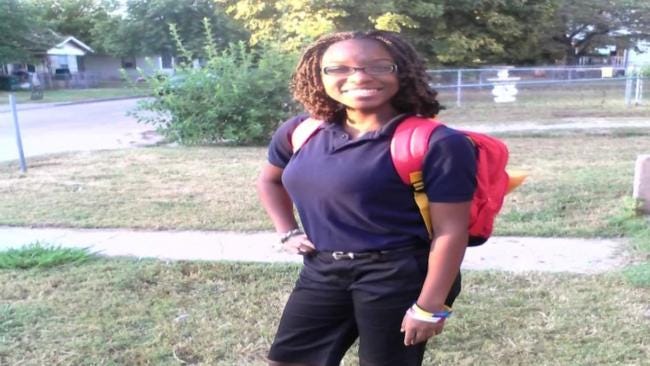 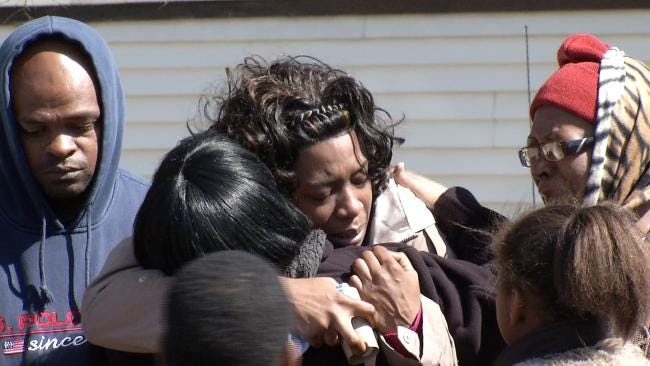 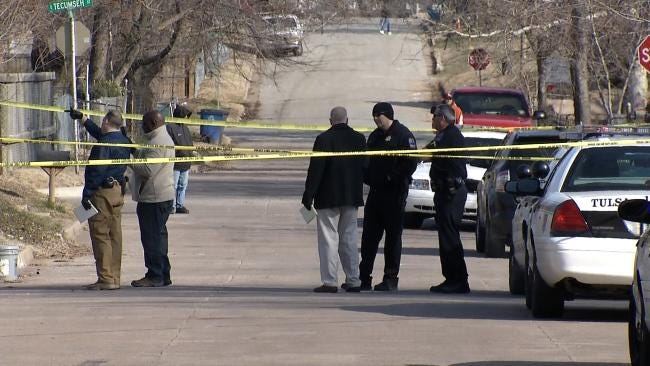 Tulsa family is searching for answers after a teenage girl was murdered in her home overnight.

Police on Saturday morning questioned a person of interest who voluntarily came to the crime scene in the 1800 block of North Atlanta, but since have released that person.

Meanwhile, the family is devastated and trying to grapple with the situation.

Family and friends of 18-year-old Gabrielle Bledsoe stood helplessly on a street in north Tulsa, all asking the same daunting question.

"Who would do it? That's what I'm questioning," cousin Shakeita Poole said. "I mean, who would really go in there and do that?"

According to police Gabrielle was found stabbed to death Saturday morning. Her mother found her body after returning home from staying with a family friend Friday night.

The gruesome killing is hard for her family members to take.

"It's a sad thing to know... how somebody so heartless could take somebody so sweet's life from them, in a lick of seconds," aunt Romona Herrion said.

To those closest to her, she was Gabby – a sweet child, who had grown into a beautiful young lady.

Gabby was a straight-A student at Rogers High School was active in sports and had big plans for the future, like graduating from high school and attending college.

"This young girl had everything going for herself," Releford said. "Everything, everything. Good kid -- go to school, A-student -- I mean good. You don't find them like that. Not on drugs, not doing drugs. ... I'm not just saying it because she's my grandchild, but she was a good child."

Just before 7 p.m. on Friday night, Gabby tweeted that she had the house to herself because everyone else was gone. On her Twitter profile, she called herself a child of God. Her family said that may be the only thing holding them together now.

"I'm just asking God to strengthen me, because without him I can't do nothing," Releford said. "And she's gone now, you know... I hate that."

Family members said they believe they know who's responsible for Gabby's death.

Police are still investigating, and at this point have not named any suspects or made any arrests. It is the 16th homicide in Tulsa this year.