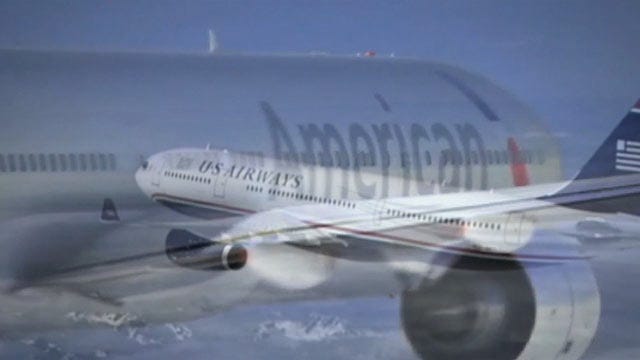 The final result of turbulent times at American Airlines is a merger that will create the largest airline in the world.

In a closed door meeting Wednesday afternoon, American's board of directors accepted a deal with US Airways.

The American Airlines employees we've talked with say they support a merger if it means getting back some of the benefits they've lost over the past several years. And the Transport Workers Union says it's already making deals with US Airways.

2/13/2013 Related Story: Sources: American And US Airways Boards Set To Decide On Merger

With a merger on the horizon, the all-new American Airlines will remain headquartered in Fort Worth. The current CEO for US Airways would run the operation, while American's CEO, would become a chairman on the new company's board.

AMR, the parent company of American Airlines, filed for bankruptcy in November 2011. Since then, the airline has tried everything it could to fly its way out of bankruptcy, including cutting some employee benefits and pay.

"So, you've got a disgruntled workforce, there's no doubt about that. And there's a confidence issue with management, so any change right now is perceived as positive from the employees on the floor," said John Hewitt, of the TWU.

Hewitt said the TWU courted US Airways early in the bankruptcy process, hoping for a merger.

He said the union has already been in negotiations.

"Our main concern is Tulsa. We've got to keep jobs in Tulsa, and with US Air coming in and giving us that stable employment, we believe that will be a benefit," Hewitt said. "We've managed to negotiate a 4.3 percent raise for our membership when the merger is finalized."

Until a formal announcement is made, American employees can only wait and speculate.

Our sources say an employee meeting is scheduled for Thursday afternoon and we're told US Airways representatives will be there.

If a merger is announced, a bankruptcy judge, as well as federal regulators, must approve the deal.