Highlights From Tulsa's Loss To UAB 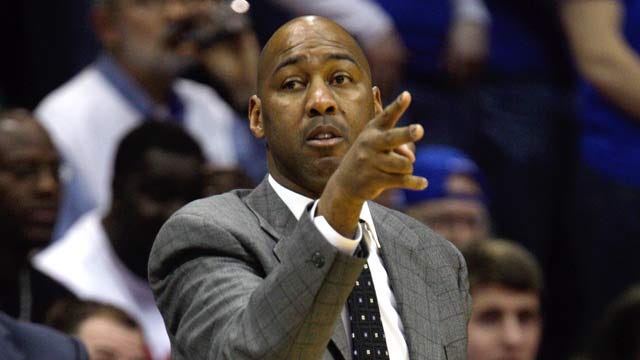 UAB built a 24-point first half lead and held off Tulsa for a 70-63 road victory at the Donald W. Reynolds Center. The hot-shooting Blazers shot 55 percent from the field and 45 percent from 3-point range for the game.

Tulsa fell to 12-11 overall and 4-5 in Conference USA play as the Hurricane dropped its third straight contest. UAB improved to 10-13 and 2-6 in league action.

The Blazers were led by Rod Rucker's 17 points, while Quincy Taylor chipped in with 14 and Terence Jones had 13 points. Tulsa's Rashad Ray came off the bench to score 17 points, while Pat Swilling added 11 points and Shaquille Harrison 10 points.

UAB came out in the first half and built a 24-point lead twice, but Tulsa trimmed the lead to 12 points at halftime. In the second half, UAB went ahead 47-33 early, but the Hurricane got to within four points, 56-52, with 9:04 to play when Pat Swilling connected on a layup. It was as close as the Hurricane would get. The Blazers scored the next six points over nearly seven minutes.

The Blazers 6-0 run gave them a 62-52 lead at the 2:57 mark, as Tulsa didn't score against until a Shaquille Harrison layup with 2:10 remaining. Whereas first half free throws kept the Hurricane in the game converting on 73-percent (11-of-15), the second half free throw shooting dipped to 50-percent on 16 attempts. In Tulsa's six-plus minute drought, the Hurricane missed five consecutive free throws, allowing the Blazers to keep a 10-point margin.

The first half put Tulsa in a hole that was difficult to climb out of, as UAB shot 61 percent from the field and 54 perent from 3-point range in the first half.

After Brandon Swannegan's hook shot in the key at 15:32 of the first half put Tulsa ahead 9-7, the Hurricane didn't score a field goal for the next 12:09 as the Blazers built a 40-16 lead with 3:44 remaining on the first half clock, including a 23-1 run in a span of nearly eight minutes.

Rashad Ray's layup and free throw sparked the home team at the 3:23 mark as the Hurricane proceeded to go on a 15-0 run with his basket and cut the UAB lead to single digits for the first time since the 11:58 mark of the first 20 minutes. Tulsa cut the Blazers lead to nine points at the 0:29 mark on a Ray jumper, but UAB's Terence Jones knocked down a three-pointer with 0:01 left on the first-half clock putting the visitors up by 12 at halftime.

Tulsa's late first-half run was ignited by defense with five steals in less than two minutes, as Ray scored nine points during that span.

Tulsa goes on the road this Saturday to face the UTEP Miners in El Paso, Texas for an 8:00 pm (CT) tipoff. Tulsa returns to the Donald W. Reynolds Center the following Saturday, Feb. 16th to host the Houston Cougars at 3:30 pm.