Golden Eagles Right Where They Need To Be 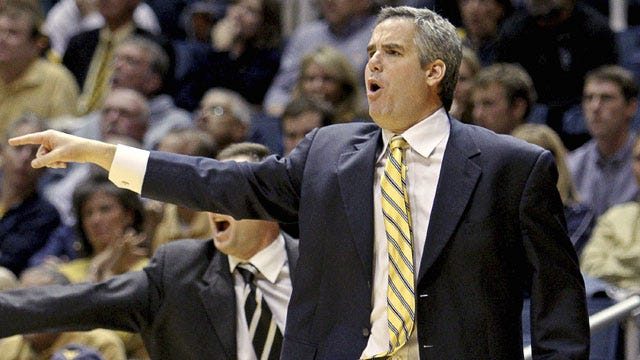 Sitting at 12-8, some might call Oral Roberts' start to the season a disappointment. A four-point loss to Tulsa, a three-point defeat to Belmont in the Great Alaska Shootout and a one-point heartbreak against Oklahoma have made that record a little tougher to swallow. ORU knows it could easily be 15-5 had it caught just a couple of breaks.

But as disappointing as some of those losses may have been, the Golden Eagles are actually sitting right where they need to be. Think about it this way: 12-8 is a lot better than 5-7, and that's where ORU sat before conference play began. Since that start, the Golden Eagles have put together an impressive 7-1 mark against Southland Conference foes and are beginning to hit their stride at the right time.

It's starting to look like the Southland will come down to a two-team race; ORU and Stephen F. Austin. The Lumberjacks were sawing down everything in sight, putting together an incredible 16-1 start including 7-0 in conference-play before losing its most-recent game at Northwestern St. But while that record looks nice, it comes with just one win over a BCS-conference opponent (OU by one point) and four over D-II schools.

That's not to suggest Stephen F. Austin isn't a good team, because it is. But the Lumberjacks don't have any one player that ORU can't match up with and their 196th-ranked offense only has two guys scoring in double-figures. Regardless of how strong a team's defense is, if it only has two guys reaching double-digits, it can be defeated.

The Golden Eagles aren't a very deep team, but their top players can play with anyone. If Warren Niles, Damen Bell-Holter and Shawn Glover can keep giving performances like last Thursday's clinic against Lamar, ORU will be just fine.

Make no mistake; ORU's goals are very clear. The Eagles want a postseason bid to one of the four tournaments and preferably to get back to the Big Dance for the first time since 2008. To get into one of the smaller tournaments, ORU will need to put together an extremely impressive conference record. To get into the NCAA Tourney, it will take a Southland Tournament championship.

Oral Roberts is now knee-deep into conference play and must continue to avoid any slipups if they want to keep pace with Stephen F. Austin. With just ten conference games remaining, the two clubs are tied atop the Southland at 7-1. If ORU can keep beating the teams they need to beat, the Eagles still have all of their goals ahead of them.

Golden Eagles Right Where They Need To Be