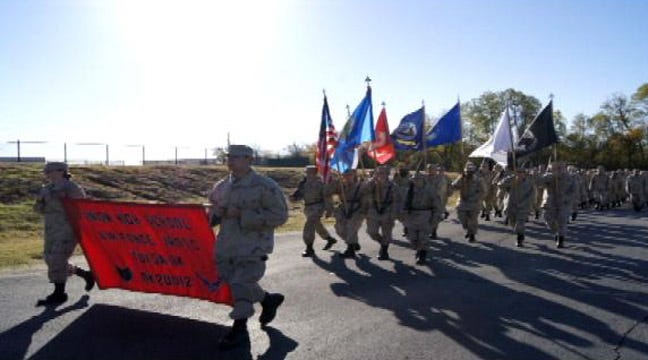 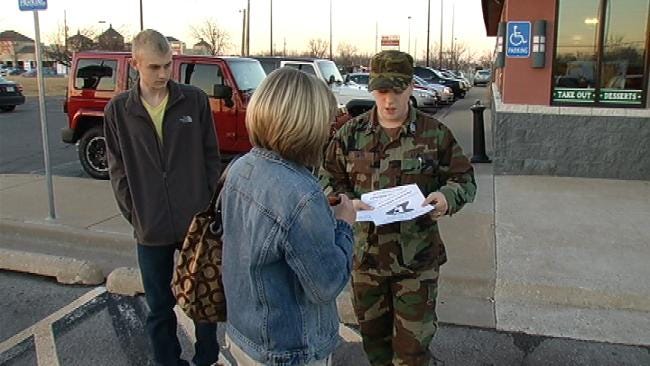 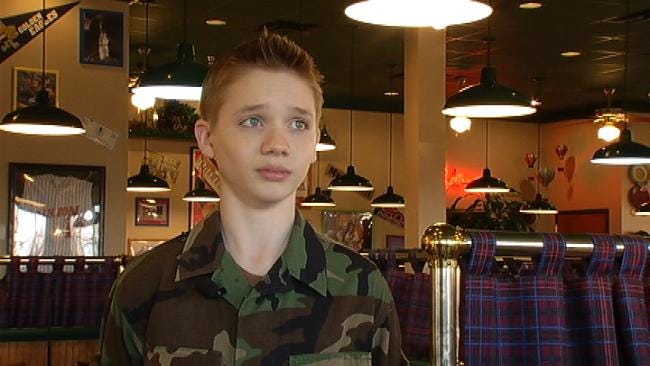 Some of Oklahoma's Own are representing the state at the Presidential Inauguration.

Union's Junior Air Force ROTC is the nation's only high school group marching in the parade, but before they head to Washington, the cadets need money.

This Veterans Day Parade in Tulsa was an audition for Washington.

The cadets of Union High School's Junior Air Force ROTC are now marching their way to the 2013 Presidential Inauguration.

"Our kids have worked extremely hard through the years to do events like this, to make it happen, and this is kind of a reward for all their hard work," said instructor Lt. Col. Ron McCool.

The group found out two and a half weeks ago that they're going to the inauguration.

"We promised the kids that, one way or another, we're going to go," McCool said.

McAlister's Deli on 91st and Memorial is donating 10 percent of its sales to the ROTC.

Cadets are passing out fliers, trying to spread the word and hopefully earn an extra buck or two towards their trip.

"I think we're going to be able to do it and, even if we don't get up there with donations, we can still ask the parents to chip in a little bit," said freshman cadet David Sawyer.

For most of the 80 students, this is their first time going to D.C.

"I'm kind of nervous about it, but then again I've done some parades, so I know what it's like to be in the formation and march down the street," said sophomore cadet Zachary Hager.

And even though the purpose is to march for the President, many are also looking forward to touring the nation's capitol.

"Definitely the Washington Monument probably, would be a nice thing if we can go. Looking forward to that or possibly a tour of the Pentagon," Hager said.

"I'm really looking forward to the Tomb of the Unknown Soldiers," Sawyer said. "That's something that I'm greatly excited about."

The ROTC still needs $13,000 before they load the bus on Thursday.

There are other opportunities to help Union's Junior ROTC raise the funds coming up.

On Tuesday, if 1,000 people buy a milkshake at Chick-Fil-A - either the Woodland Hills Mall location or the location at 71st and Garnett - the group will get $500 and they'll get their departure meal catered.

And if you eat at CiCi's Pizza on 91st and Memorial on Wednesday, from 5 p.m. to 10 p.m., you can mention the Union Junior ROTC and the restaurant will donate 10 percent of your tab.