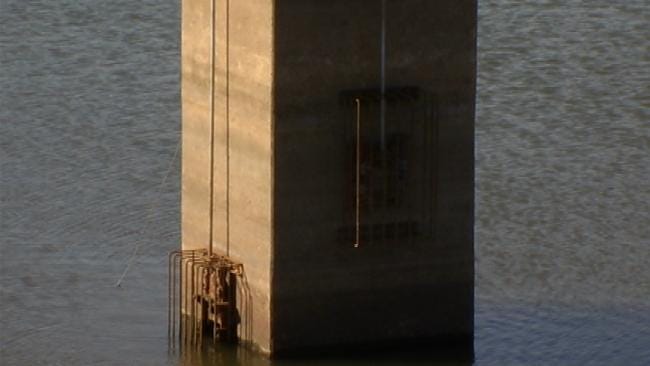 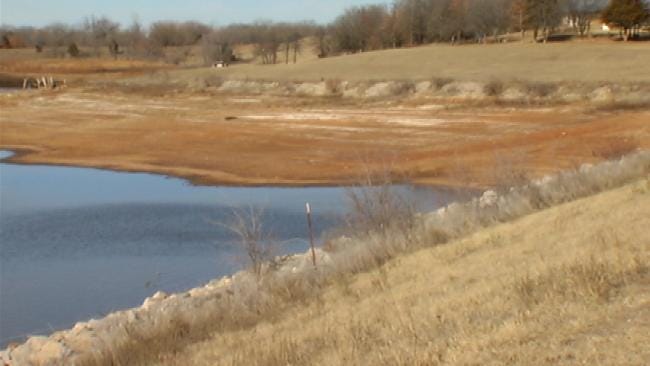 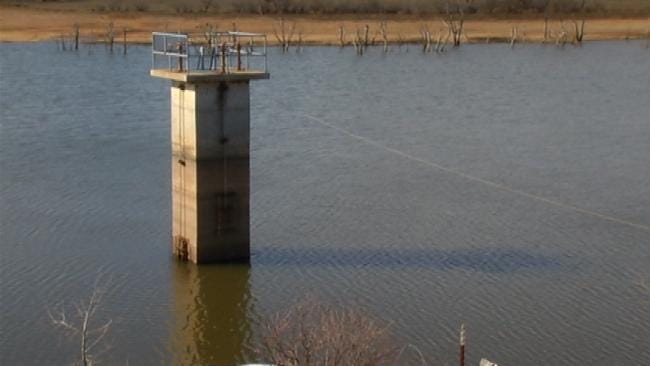 The situation is getting worse for the Lone Chimney Water Association, which could be just weeks away from running out of water.

That means thousands of people in several towns and water districts could lose water service.

Payne County Commissioners issued an emergency declaration, which could clear the way for help from the state, if needed.

Lone Chimney Lake doesn't even look like the same lake it was a few years ago.

It's 11 feet below normal and has dropped a foot in the past month.

"It worries us very much. We have four feet of water left," said Operations Manager Paul Kinder.

The lake is so low, one of the water intakes is above the surface and another is partially above the water line.

There hasn't been any decent rain.

"We had two tenths of an inch, and that's not enough to be of any use to us. We need buckets of rain," Kinder said.

If it drops much more, there won't be enough water for the towns and water districts that get water from the Lone Chimney Water Association.

That means 16,000 customers could be without water in a few weeks.

Customers have cut back usage by about 20 percent, but the lake is still running out of water rapidly.

Work is underway on a $3.3 million project to connect to Stillwater's water system, but it won't be finished until this summer.

A disaster declaration by Payne County Commissioners starts the process for getting state help.

"If we were to run out of water, it would give us access to water trucks, for example," Kinder said.

The drought is a statewide problem.

New water conservation measures are in place in Norman, where the dropping levels of Lake Thunderbird are threatening the city's water supply.

The Lone Chimney Water Association hopes it doesn't come to using water trucks, but if the lake level keeps falling, it's a likelihood.

They're continuing to ask customers to conserve.

There's the possibility that FEMA could also help with additional water trucks and resources, but the lake would have to get to a point where no water could be pumped from it, before that happens.