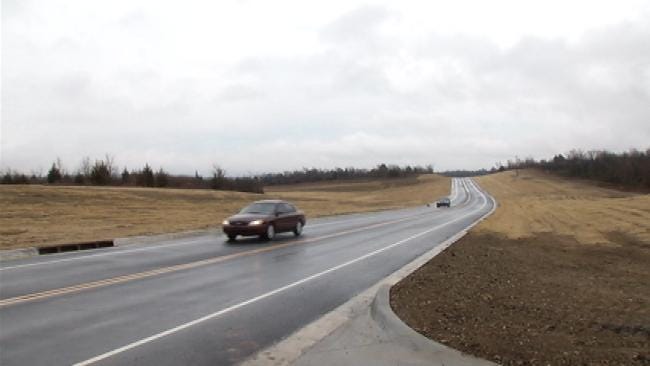 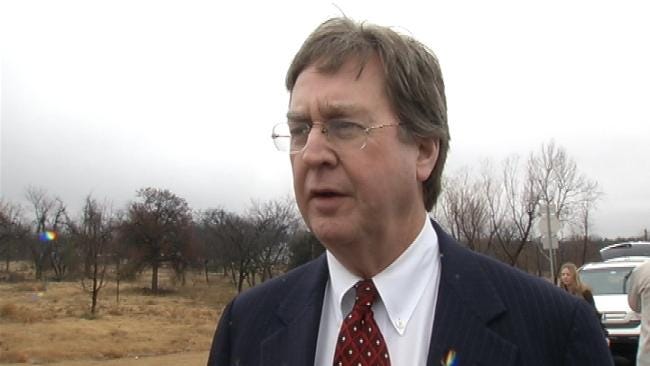 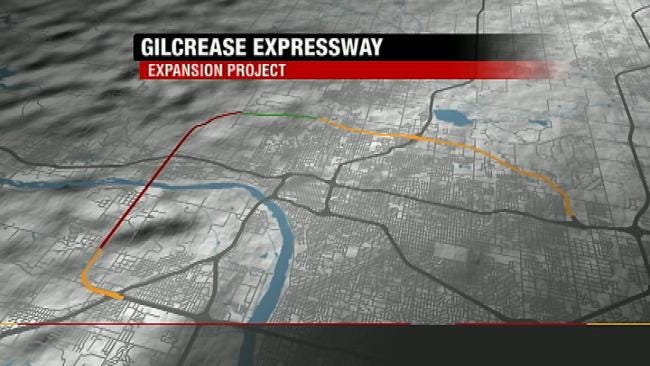 A new section of the Gilcrease Expressway opened Thursday, and there are plans to keep building, as soon as the city puts more money into it.

The Vision2 plan had money earmarked for the Gilcrease, but voters turned it down.

The mayor said the state and other governments are ready to put money into the plan and he wants Tulsa to step up to the plate.

This new section of sparsely traveled highway cuts through some of the biggest hills in Tulsa.

The city blazed a trail through here, just completing another 2.2 miles of the Gilcrease Expressway.

It's been in the plans for decades and could take that long again to complete.

"It's a very important component, because we have to open up our city to commerce and residential growth if we're to continue as a beacon for prosperity and growth," said Mayor Dewey Bartlett.

Bartlett has made progress on the Gilcrease, which was one of his main goals, and he wants money for the next section of it in whatever funding package comes next.

"And that will open up this whole area in both directions. It's a very, very important component of the Gilcrease Expressway," Bartlett said.

The Gilcrease stretches from Tulsa International Airport, west to the Tisdale Expressway. The newest section to open was just west of there, completed the highway to 41st West Avenue.

The rest of it will come in phases, including a bridge over the river that would take the Gilcrease all the way down to a connection with I-44.

The western section of the Gilcrease crosses into a quiet corner of Osage County. With the new access and the expectation of better roads ahead, that could change.

"I think you're going to be surprised, you may only see two or three cars while we're standing here," said Gary Ridley, with the Oklahoma Department of Transportation. "I think if you stand here in a year or two, that's going to be different. We won't be standing on the on the centerline of the road. We will see development up here. It just has to, it's a beautiful area."

Where the city builds next depends on the funding, but it will be north of the river, either north or south of 412, which is the next major highway that could be linked with the highway.