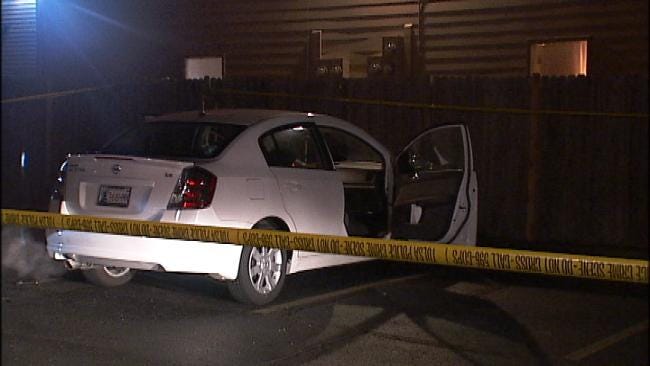 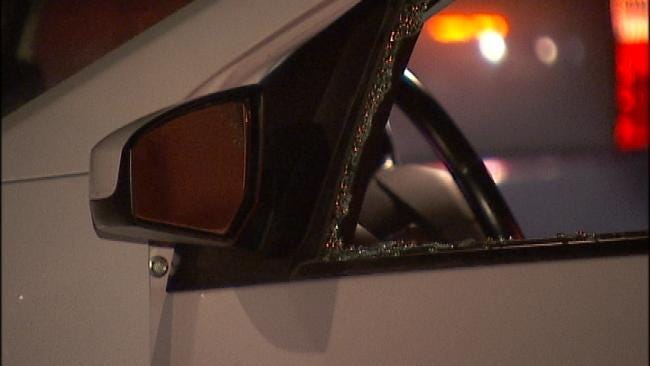 A Tulsa woman leaving her apartment was shot and robbed Saturday night. The crime took place at about 10:20 p.m. at the Windsail Apartments in the 9800 block of East 73rd Street.

She is expected to survive her injuries.

The victim was in the parking lot when she heard footsteps and became concerned, hurrying to her car, according to Captain Mike Williams with the Tulsa Police Department. She got in the car and shut the door, then saw a man outside the driver's side window.

The man demanded her purse, and when she didn't hand it over, fired a shot into her car. The bullet smashed through the glass in the driver's side window and hit the victim in her right leg, police say.

After grabbing the woman's purse, the robber left westbound through the complex driving a dark-colored sport utility vehicle. He is described as a black male, about 25 years of age, 5'5" tall with a medium build. He was dressed in dark clothing.

Williams said the woman was taken to a local hospital where she was listed in fair condition.

If you know anything that can help Tulsa Police with this crime, call Crime Stoppers at 918-596-COPS.