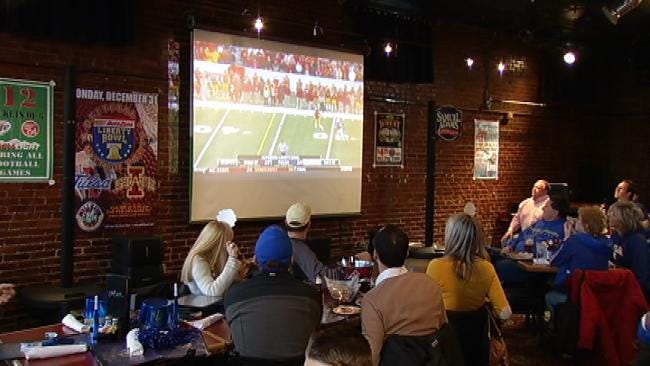 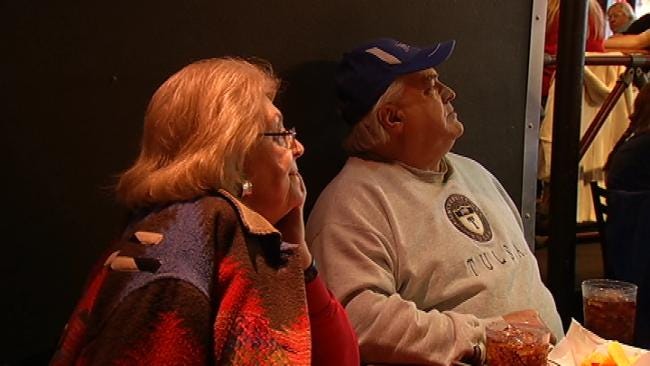 The win avenges the Hurricane's season-opening loss to the Cyclones and gives TU its second 11-win season in school history.

TU fans were on the edge of their seats -- whether that seat was in Tennessee or in Tulsa.

Fans who didn't go to the game in Memphis went to Full Moon Cafe on Cherry Street for the official watch party in Tulsa.

This has been one of the most successful seasons in Tulsa football history.

"It's been a really good atmosphere towards the end," fan Meredith Hart said. "At the beginning, it was a little rocky but it's been fun, really really fun."

Surrounded by high spirits and a lot of party swag, these fans came to celebrate.

"We all wish we were there watching it, rooting for them," fan Deniese Dillon said.

TU needed a place to hold a watch party and Tony Henry offered his Full Moon Cafe since he's on the alumni board and a big TU supporter.

"We've had a great season and we're just really proud of the team and the university and what they've accomplished this year," Henry said.

Jerry and Deniese Dillon are both TU alums.

"We could watch it at home, but the spirit of being together with other friends and alumni is just incredible for us," Jerry Dillon said.

As their team played 400 miles away, the Golden Hurricane faithful hoped for redemption.

TU's first meeting with Iowa State was its worst performance of the season and ended in a loss.

"Rarely do you have a second chance in life on many issues and particularly in this one, it's just great for our team," Jerry Dillon said.

And the team didn't disappoint. They say the 31-17 win just caps off a fun, well-fought season.

" It's pretty exciting to be here with people you don't see on a regular basis and working in the office, you really only see the people you work with and getting to spend time with fans is really fun," fan Amanda Randall said.

The Liberty Bowl was a huge win for TU and fans say they're looking forward to meeting Iowa State again next football season.