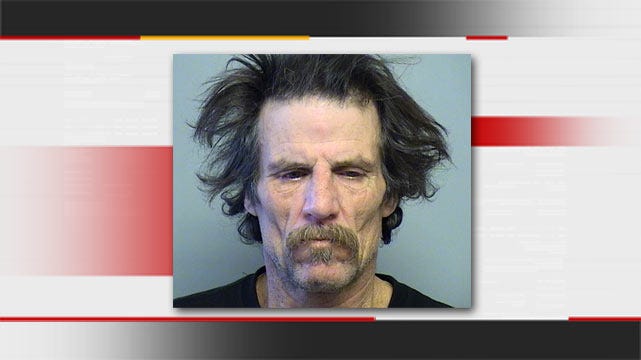 Tulsa Police arrested a 50-year-old man for pointing a deadly weapon at a person outside a pizza restaurant.

Police say the man walked up to a person in front of the Mazzio's in the 5100 block of South Union Sunday afternoon, pointed a gun and said something to the effect of "today would be a good day to die."

The victim went into the Mazzio's and told employees, who called police.

Officers searched Logan and found what they describe as a BB gun that resembled a black semi-automatic handgun as well as a half bottle of liquor.

Tulsa Police say Logan appeared to be intoxicated and told officers he just wanted to talk to someone.

Logan was booked into the Tulsa County jail on several outstanding warrants and a public intoxication complaint.

The victim was not hurt.