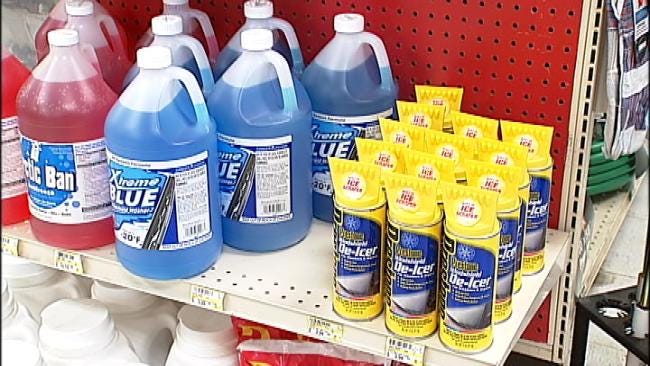 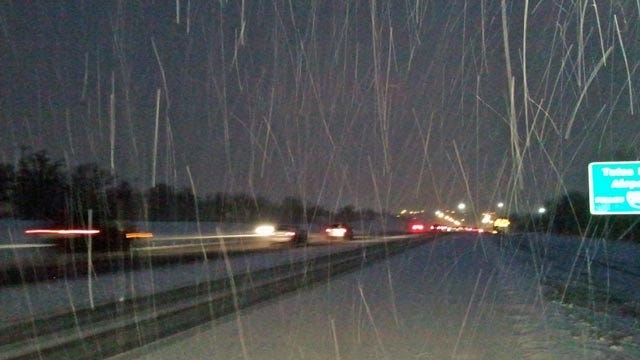 The National Weather Service has issued a winter storm warning in effect from noon to midnight Christmas Day. The warning was issued for several eastern Oklahoma including for Creek, Okmulgee, Wagoner, Muskogee, Adair, Cherokee. Southwestern Arkansas counties included in the warning are Sebastian and Washington.

Rain is expected to fall first, mixing with sleet then transitioning to snow that should stop from west to east Christmas evening, the warning states.

Greater than 6 inches of snow may accumulate in a narrow band that goes roughly between Enid and Clinton, Stillwater south to Oklahoma City, and Tulsa south to Muskogee and McAlester.

A winter storm watch is in effect for Christmas Day in Craig, Delaware, Mayes, Rogers, Osage and other counties.

A band of heavy snow is expected to set up from southeast Oklahoma on into west central and northwest Arkansas Tuesday afternoon and evening, tapering off after midnight, the alert states.

What that means for northeastern Oklahoma is less certain, but residents should expect some white stuff.

"The trends continue to suggest the potential for at least some snow across the state beginning during the day on Christmas and ending that night," said Meteorologist Dick Faurot. Heaviest snow is expected to be along and south of Interstate 40 on Christmas day.

Warm soil temperatures and the rapid movement of the system should limit how much actually accumulates, Faurot said, but drivers should still be prepared for some negative conditions.

"Keep in mind, this is subject to change as better data becomes available," Faurot said.

The mild December temperatures continue through Sunday with highs into the 50s. Northerly winds and increasing cloud cover during the day Monday will bring temps back in the low to mid 40s before the storm system moves in Christmas Day.

"Although the details on the location and amounts of snow remain to be resolved, there is no doubt that it will be a cold, blustery day," Faurot said.

"Gusty northerly winds, cloudy skies, and the wintry precipitation will keep daytime temperatures around the freezing mark and it will feel much colder than that."

Anyone traveling during this time should be sure to pack a weather safety kit in their vehicle in case of car trouble or inclement weather late Monday to Tuesday.

News 9 meteorologists predict 1-2 inches of snow for northeastern Oklahoma with 3-6 inches possible south of I-40. North winds could cause whiteout conditions, according to Meteorologist Lacey Swope.