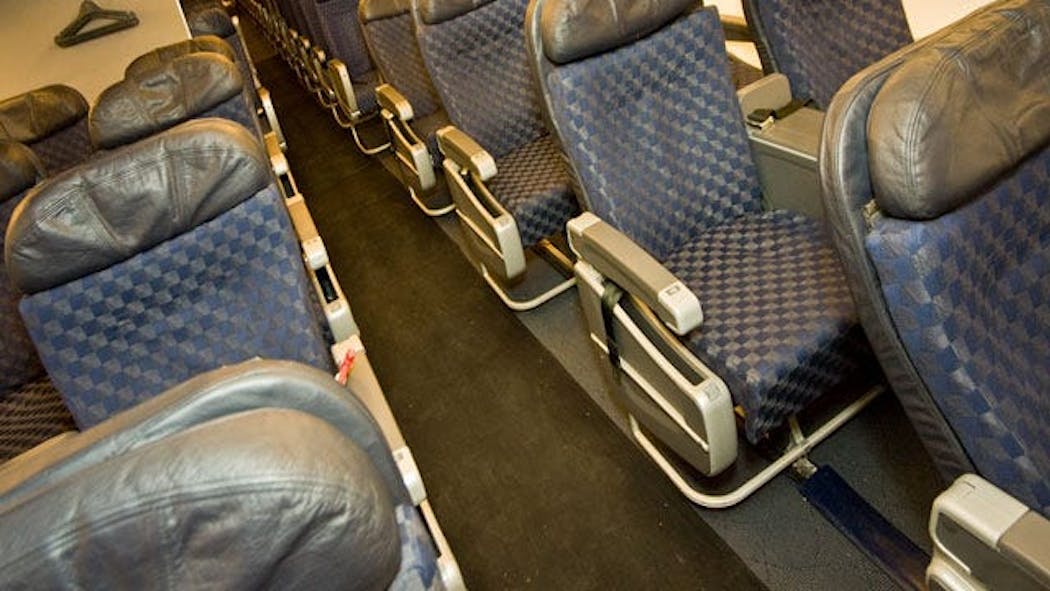 American Airlines is changing the way it charges you to fly.  American will charge $68 or $88 more per round trip for economy-class passengers who want a ticket that lets them check baggage or change the reservation later without getting hit by another fee.

The airline says it's responding to customer complaints about fees, especially the charge - typically $150 - for changing a reservation.

"This will eliminate the fear about what-ifs," said Rick Elieson, American's managing director of digital marketing.

American will still sell a basic fare without protection against add-on fees "for the less-discriminating passenger who is just looking for the cheapest way to get to where they've got to go," Elieson said.

Travel experts mostly praised the change and predicted that other airlines will mimic it.

"A checked bag costs $50 anyway, so for $18 more you get protection against change fees," said George Hobica, co-founder of travel website airfarewatchdog.com. "If I had to check a bag anyway, I'd do it."

American said Wednesday that it's selling the new tickets on its aa.com website and through travel agents for flights in the contiguous 48 states.

Here are the new categories in economy class:

- "Choice" tickets will be similar to the current basic fare. If a passenger wants to check a bag or change the reservation, there's a charge for that.

- "Choice Essential" fares will cost an extra $68 per round trip and include one checked bag, no additional fee for changing the itinerary later, and early boarding.

- "Choice Plus," at $88 more per round trip, will include a checked bag, no change fees and early boarding plus bonus miles for frequent-flier purposes, standby privileges, a drink for no additional charges and other perks.

American will continue to sell fully refundable tickets in economy, which are usually more expensive. They offer the benefits of the "Choice" fares and more. It also sells business- and first-class tickets with many benefits.

All the fares are priced for round trips, a departure from American's usual display of fares on a one-way basis.

Henry Harteveldt, a travel analyst with business consultant Hudson Crossing, said many travelers want to know exactly how much their trip will cost, including all the add-ons.

"Overall, the approach is good," he said. "They're trying to move customers' focus from price to value."

There could be drawbacks for consumers. The experts said that the new format will make it harder to do comparison-shopping and to filter flight searches by departure or arrival time.

And customers won't find certain amenities, such as economy seats with more legroom, in the "choice" fares. Harteveldt said American must think it can still get a separate premium for those.

American isn't the first airline to bundle extras - Air Canada already does it - but American started the stampede toward extra fees by charging for checked bags in 2008, so its decision to repackage extras is notable.

American earned $1.1 billion in baggage and change fees last year, according to government figures. But the kitty is no longer growing as much. American's haul from bag fees doubled from 2008 to 2010, but is up just 1 percent this year over 2011.

Elieson said the company is confident that it can sell enough of the upgraded bundles to more than offset the fee revenue American will lose because of the changes. He declined to give revenue estimates.

American and parent company AMR Corp. have been operating under bankruptcy protection for more than a year. AMR's CEO said this week that the company is nearly done with its restructuring, but he declined to say when it might emerge from bankruptcy court.