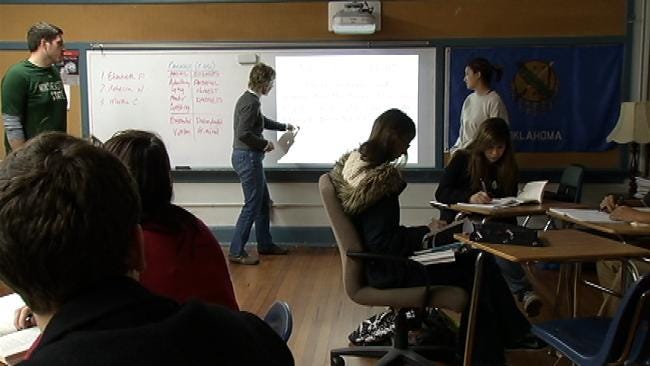 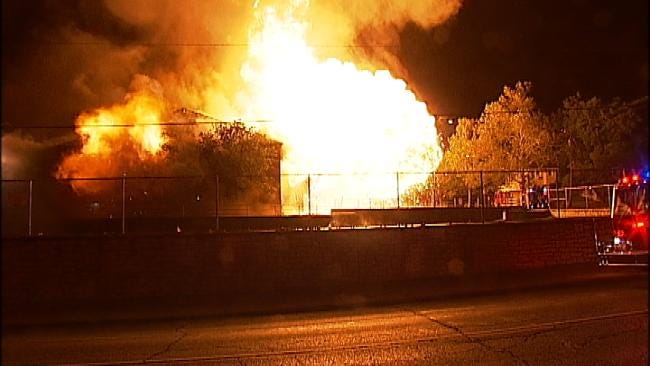 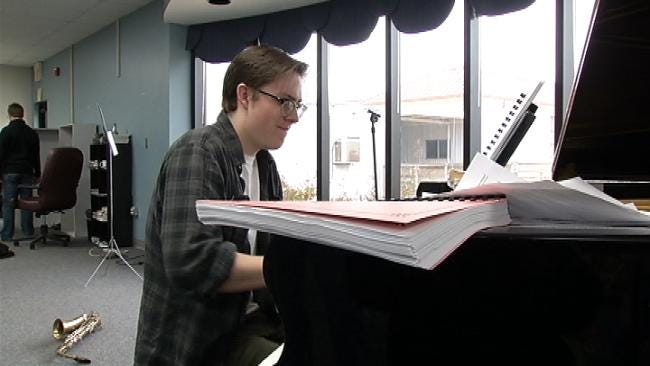 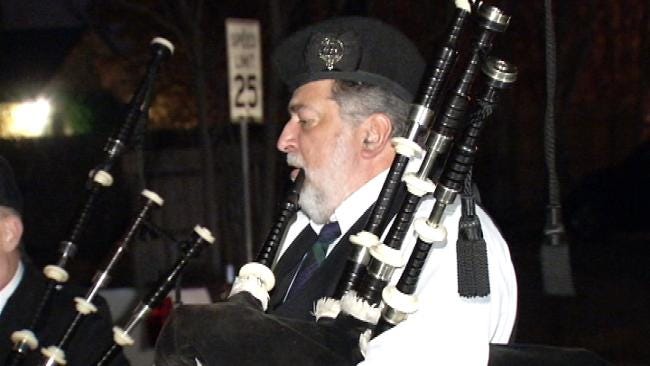 Nearly three months after a fiery explosion, Tulsa students are trying to get back to their normal routines, with a lot of help from the community.

Since the fire, TSAS has held classes at the former Sequoyah Elementary. They plan to stay there at least through the school year.

The classes are now more or less settled in, and even the school band is continuing on as normal.

"It's been tough, but everyone has a heart to help," said student Kaze Mauser.

Mauser is a pianist. He said the band had one practice at the former Barnard School building before it went up in flames.

"It was kind of bitter sweet, because we got exposed to all this new equipment and stuff like that, but then it was taken away from us before we could get use to it. So it wasn't as terrible of a loss as some might think, because we weren't settled in yet," Mauser said.

Almost everything was lost during the fiery explosion, but some band instruments were saved.

With fundraisers and donations, TSAS was able to buy new books, computers and projectors.

"It's really just neat to see the entire Tulsa community just put their arms around us and just help us out," said TSAS Director Eric Doss.

And those kind acts are still continuing. Tulsa's Irish community held a night of music and dance to raise money for TSAS.

"When something like this comes about, it's great. We've got tremendous response from the community," said Tom Hinchey, of the Irish American Club of Tulsa.

TSAS only had 14 days of class in the old Barnard building, but the school had stood tall since the 1920s.

A lot of history was destroyed, but Tulsa Public Schools is selling hundreds of the building's fire-ravaged bricks.

"There's a lot of former students coming through and they're sharing memories with me as they're loading the bricks," said T.J. Gerlach, of the TPS Education Service Center.

"It's a piece of our childhood," said former student Libby Farina.

"We literally cried when we saw it on TV," said Jennifer Tinsley.

All money from the brick sales will go to the district's general fund.

TSAS is not sure if Sequoyah will be its permanent home. The school says it'll consider community input before making a final decision.