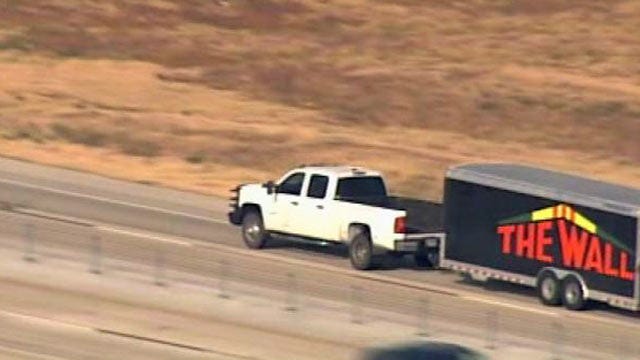 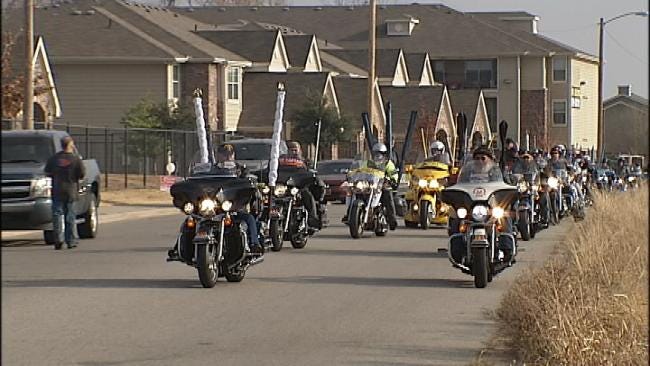 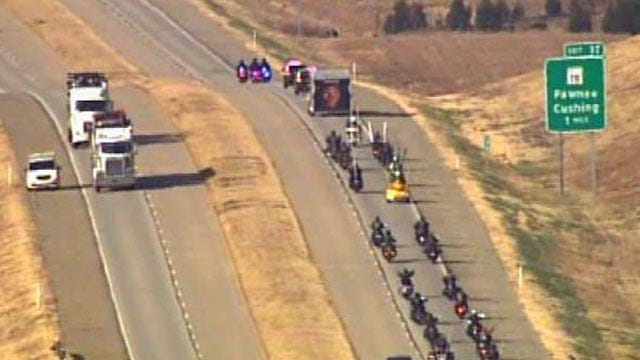 Members of law enforcement, along with hundreds of motorcyclists, escorted the wall which will be placed in a city park in Enid.

An Enid group acquired the wall and Friday's trip was the last leg of the journey for the replica Vietnam Memorial Wall.

It's one of three in the county and travels to hundreds of towns across the nation each year.

Hundreds of Veterans, from across the country, hopped on their hogs Friday morning, ready to ride two-by-two from the Hampton Inn in Sand Springs to Enid.

"Good day for a ride to Enid that far. It's just gonna be great," said Vietnam veteran Tom Packer.

They were all there to escort one of the traveling Vietnam War Memorials to its new home, and to honor the sacrifices of their fellow soldiers.

"We're here today because of the history that brought us here," said Don Allen.

He's the chairman for the American Veterans Traveling Tribute. He's been there for much of "The Wall's" seven-year trip across the United States.

"It's an old solider that has a lot of battle scars, after hundreds of places," Allen said.

And he said he's proud to be here for the memorial's retirement.

"We too often get involved in the day-to-day stuff and forget about the 58,000-plus people who died in that war," Allen said.

Inside the trailer is the Vietnam Memorial that, when assembled, is a slightly smaller replica of the one in DC.

On it are the names of more than 900 Oklahoma soldiers who gave their lives for our country.

"Don't forget your veterans, cause, hey, without our vets, that red, white and blue flag wouldn't be flying," said Allen Crelly.

Crelly is from the Sooner State and served in Vietnam.

"I have a patch here on my vest. Right there, it says, ‘Forget the war, not the warrior,'" Crelly said.

Those warriors won't be forgotten thanks to the memorial's many trips across the country and its new, permanent home.

"Taking the wall to Enid, it's final resting place. That will be it. They don't have to move anymore. It does the heart good, it really does," said Packer.

Enid purchased "The Wall" for $500,000. It was paid for mostly by donations from the community.

It will be set up at the Woodring Regional Airport and should be ready for public viewing by Memorial Day.