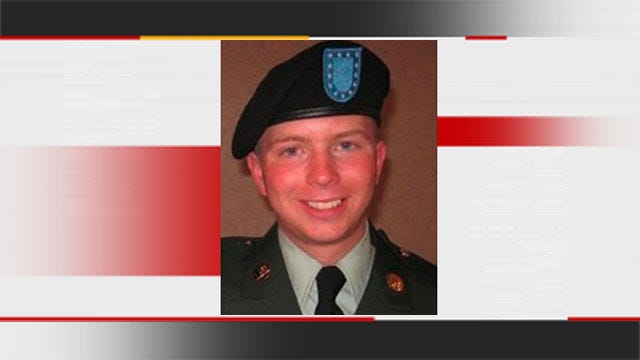 Proceedings have begun in the pretrial hearing of an Army private charged with spilling U.S. secrets to the website WikiLeaks, but Pfc. Bradley Manning, a native Oklahoman, is not expected to testify right away.

Military commanders involved in the confinement of Manning are expected to be questioned first at the hearing, which began Tuesday afternoon at Fort Meade.

Manning's lawyers contend that the now 24-year-old was illegally punished by being locked up alone in a small cell for nearly nine months and having to sleep naked for several nights.

The military contends his treatment at the Marine Corps brig in Quantico, Virginia, was proper, given his classification then as a maximum-security detainee who posed a risk of injury to himself or others.

Manning faces possible life imprisonment if convicted of aiding the enemy, the most serious of the 22 charges.