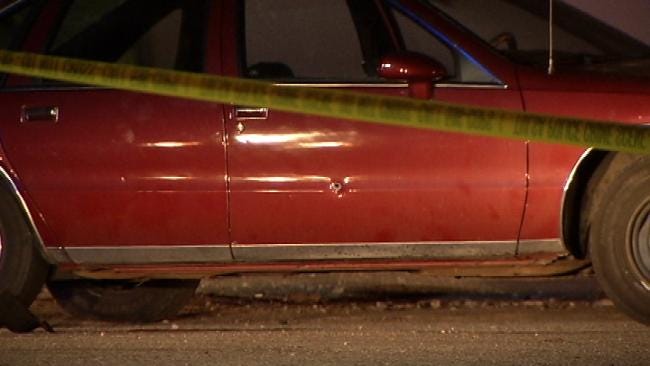 About a half-hour after a triple-shooting at a Tulsa motel, police responded to a shooting outside the Haze Club.

Police found several shell casings on the parking lot of the club, which is located at 9379 E. 46th St.

Officers said a man was sitting in a car on the parking lot before 2 a.m., when his car was struck by at least one bullet.

Other bullets hit an unoccupied industrial building north of the club.

The wounded man was transported to a local hospital where his condition was unknown.

Officers said the shooting does not appear to be connected to motel shooting. The investigation is continuing and no arrests have been made.

If you have any information, you are asked to call CrimeStoppers at 918-596-COPS.