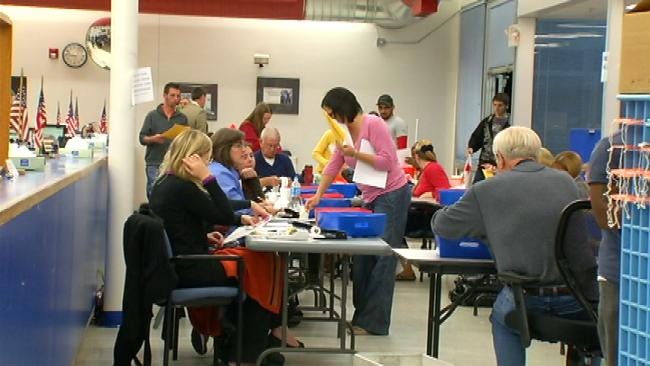 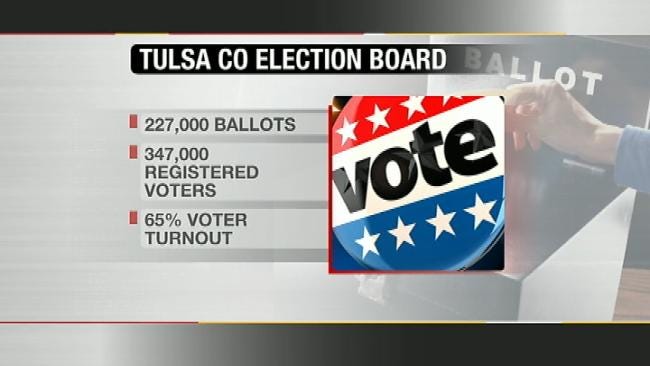 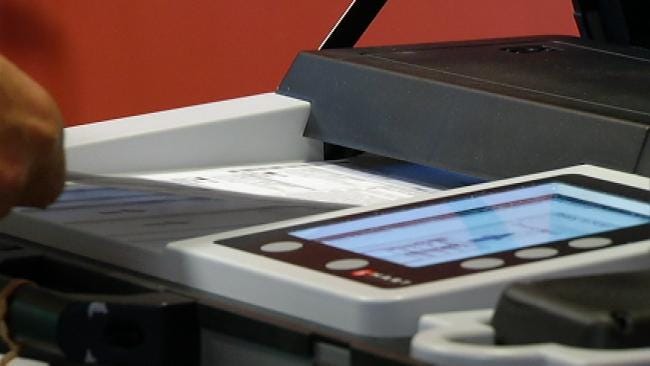 There were some major delays in getting results from Tulsa County's election Tuesday night.

The first vote totals from the election board didn't start coming in until after 9 p.m., which is about two hours later than usual.

There were some machine issues that delayed things and more provisional and absentee ballots than usual, but the common denominator was a big turnout.

There was no time for rest at the Tulsa County Election Board, where trucks rolled in to return all of the equipment used in precincts on Election Day.

Off-duty firefighters volunteered to help with the work.

Inside, clerks were updating the records with all of the changes reported by voters on Election Day, like new addresses and name changes and moves to new precincts.

It all has to be sorted out.

"It's very hard to describe a Presidential Election Day, but I can say it was typical," said Shelly Boggs.

Boggs is the Assistant Election Board Secretary for Tulsa County. Tuesday was her seventh Presidential election, and while there were problems reporting the results, much of it was related to the high number of voters.

"Getting the flow through and people issued ballots and out the door—that's always a challenge when you start with a big line," Boggs said.

The election board staff worked until well after midnight running absentee ballots through machines and conducting recounts to check a couple of precincts.

The biggest delay was in processing 512 ballots from voters in the military or overseas.

"It's a very long process that took a very much of the day Friday, a lot of the day on Saturday and all day yesterday to get those completed," Boggs said.

The election board reports 227,000 voters cast ballots in Tulsa County, out of 347,000 registered voters. That's a 65 percent turnout.

And even though there were long lines for early voting, it continues to be a popular option, especially in major elections.

More than 11,000 people cast ballots before Tuesday, but state law doesn't allow them to be counted until the other precincts close.

The number of votes cast was not a record, but it came close to the record from 2008.

And if you voted early in the day to try to beat the crowd, so did just about everyone else. The election board reports almost all of the long lines were before 1 p.m.

The county election boards will certify their results on Friday, and then the state election board will meet next Tuesday for a final certification.