What You Need To Know Before You Vote 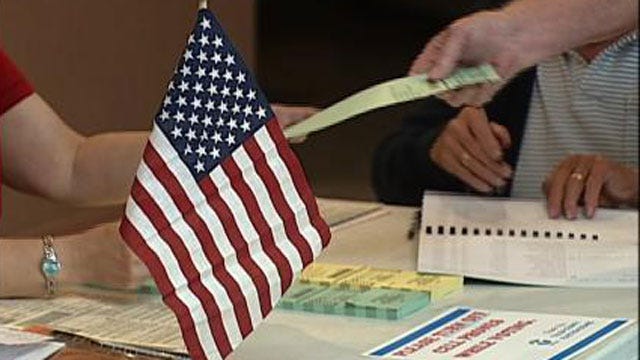 Oklahomans will have some important decisions to make Tuesday. To make those decisions easier, we have compiled a list of frequently asked questions for Election Day 2012.

What races will be on the Oklahoma ballot Tuesday?

Every ballot in Oklahoma will list the presidential race, a congressional race and six state questions. Depending on where voters live, they also will decide some state House, state Senate, and a number of local races.

Oklahoma will have at least two new members of Congress after Tuesday's election.

Voters also will elect a new congressman in the 2nd Congressional District that stretches across 26 eastern Oklahoma counties, from the Red River border with Texas to the state's border with Kansas. Republican Markwayne Mullin, a plumber from Westville, faces Democrat Rob Wallace, a longtime state and federal prosecutor from Fort Gibson, in the race to replace retiring U.S. Rep. Dan Boren, the only Democrat in the state's congressional delegation. Independent Michael Fulks of Heavener is also in the race.

What about those ballot issues?

What time do the polls open?

How do I find my polling place?

I had an absentee ballot mailed to me but haven't returned it yet. Am I too late?

No, but you better hurry. Absentee ballots must be returned to a voter's county election board before the polls close.

I forgot to register to vote. Am I out of luck?

Sadly, yes. But if you register now you will be able to vote in the statewide elections of 2014.

Do I need a photo ID to vote?

What You Need To Know Before You Vote