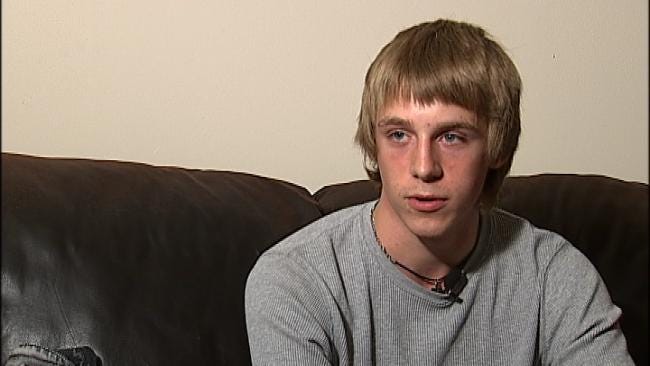 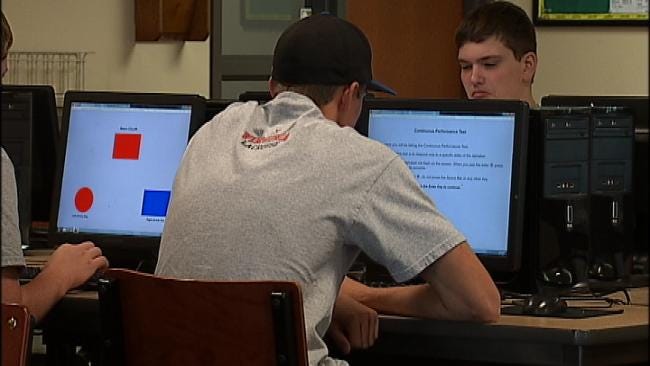 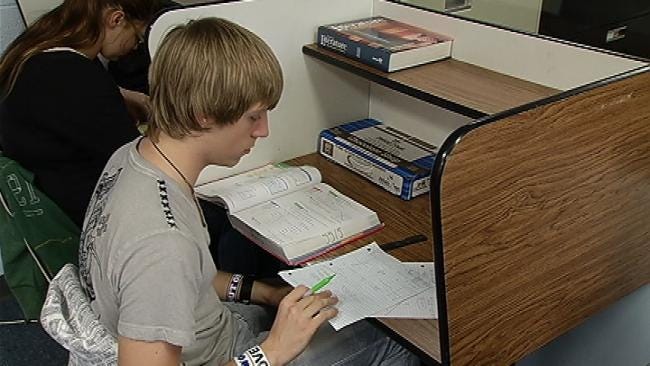 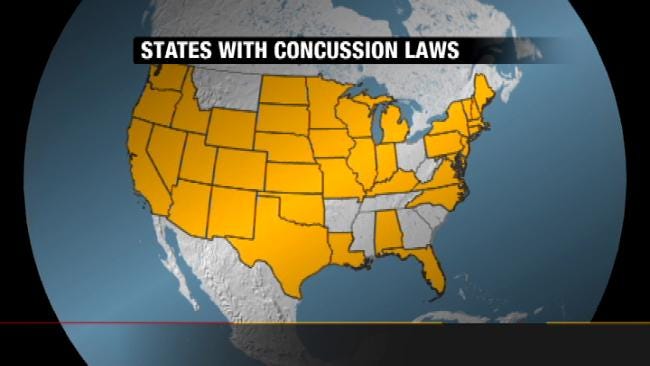 There are 67,000 concussions reported each year in high school football.

Most of them aren't serious, if treated properly, but coming back to play too quickly can have life-changing consequences.

Tyler Brittain had dreams of a college football scholarship, and possibly a career in the NFL.

"The last thing that I remember before I actually got hit was I saw the football on the ground, and I decided to dive for the ball to try to get it," Tyler said.

But after a middle school football game in 2010, those dreams are now done.

Just recently, doctors determined that Tyler suffered a serious concussion in that game, and staying on the field made it worse.

"If we would have just taken him out and let his brain heal, he probably would have been fine, but because we didn't know and we kept putting him back in, his brain never got that chance to heal," Kendra said.

"It's a lot more difficult in school and stuff like that. It's also more difficult keeping friends," Tyler said. "People are used to someone that they can get along with easier, but me, with my comprehension problems, they sometimes have to repeat stuff over and over again for me to understand it, and it's just really hard."

Stories like Tyler's are raising awareness about the dangers of concussions. Just this Tuesday, Michigan joined Oklahoma as one of 42 states with laws requiring athletes with concussions to get medical clearance before getting back on the field.

As another layer of protection, Bishop Kelley High School, in Tulsa, is one of many Green Country schools using technology to help detect brain injuries. Before any athlete steps on the field, they take a baseline test in the computer lab.

"It was absolutely something we needed to invest in. To me, the concussion concept is so big, we feel like we have made a good attempt to be, if nothing else, on the cutting edge of what's out there," said Bishop Kelley Athletic Director, Mark Chambers.

It may not look like much, but the 30-minute test of memory and cognitive abilities could help save their lives.

"We've seen proof where we've had athletes literally die because of repeated concussions, so coaches are very much aware of it, and obviously don't want that happening on their teams," said Bishop Kelley trainer, Brian Coley.

If an athlete is suspected of having a concussion, they re-take the test before a medical expert clears them to play.

"I can take the printout in to the coach and I can show them exactly what they did on this date, and here's what they did post, and there's really no arguing," Coley said.

Tyler and his family can only wonder what testing like this could have done for him.

"He's limited in so many ways. He can't do new things, so math is real difficult for him. He used to be able to do that like nothing, so it's changed him, totally," Kendra said.

A study in the American Journal of Sports Medicine found that 41 percent of high school athletes with concussions received computerized tests in 2009 and 2010.