Ben Affleck Film Shot In Bartlesville To Premiere Next Year 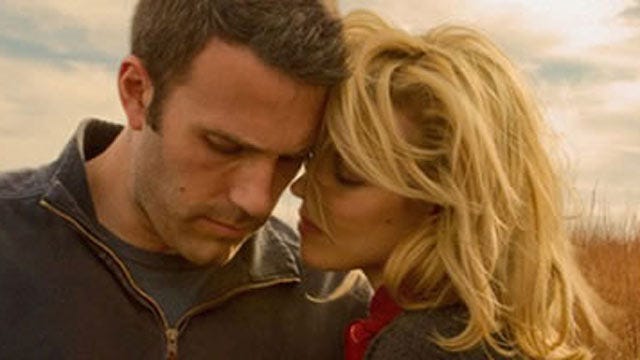 A star-studded film, made by one of Oklahoma's Own will hit theaters next year.

To the Wonder was shot in and around Bartlesville by Oklahoma Oscar-nominee Terrence Malick.

The movie stars Ben Affleck and Rachel McAdams and has premiered at film festivals in Venice and Toronto.

The Oklahoma Film and Music Office provided incentives to get the film distributed to theaters.

Ben Affleck Film Shot In Bartlesville To Premiere Next Year