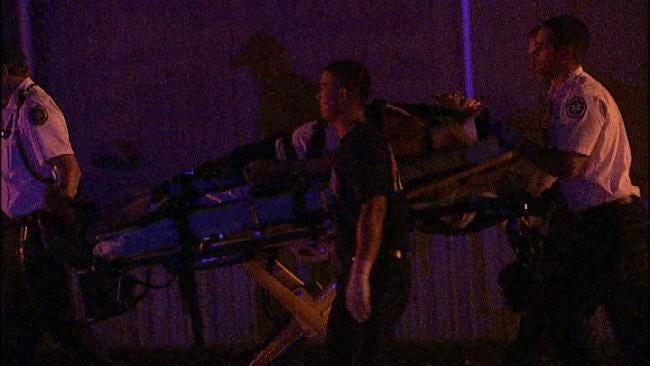 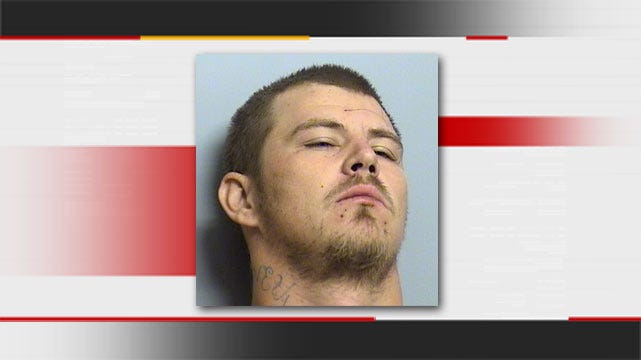 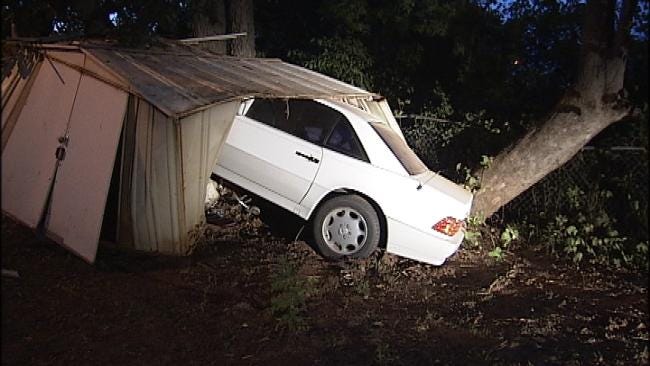 An Oakhurst man is in jail after he crashed a stolen Mercedes on Saturday evening, according to police.

The car had been reported stolen Saturday afternoon in West Tulsa.  A sheriff's deputy spotted it and tried to pull it over, but the driver sped off through the Cherry Hill Mobile Home Park.

Police say the driver, Justin Locust, 25, eventually lost control of the car and crashed into a storage shed behind a mobile home at about 7 p.m.

"The sheriff's department terminated the pursuit as they turned into the trailer park because they were afraid of the potential danger," TPD Corporal Scott Anderson said.

After the crash, the man tried to run away but was caught and taken to Tulsa hospital with minor injuries.

He was booked into the Tulsa County jail on complaints of possession of a stolen car, eluding and driving with a suspended license.