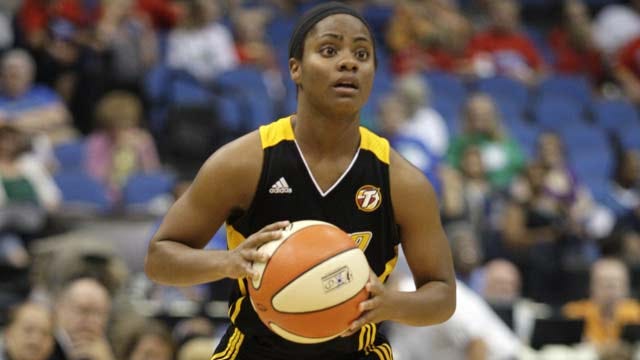 Temeka Johnson scored 18 points to lead Tulsa to an 80-70 victory against the San Antonio Silver Stars on Sunday as the Shock won its second game in a row and its fifth in its past 10 games.

The Shock did a large part of its damage from behind the 3-point line, hitting 12-of-19 from the arc for 63 percent. Hodges hit 3-for-5 and Johnson was 3-for-3. Tulsa put the finishing touches on the victory with a 10-2 run in the final five minutes.

Tulsa's defense stiffened as it didn't allow the Silver Stars to convert a basket from the 4:57 mark until there were 25.2 seconds remaining.

"We executed really well down the stretch," Shock coach Gary Kloppenburg said. "We had a couple of big shots go in (and) we got stops down the stretch when we needed them. That has been our problem with San Antonio. Before, in the fourth quarter, we were usually right there in the game and we could not get some key stops."

The Shock has three regular-season games remaining. The next game is the final home game of the season when Tulsa hosts New York on Thursday at 7 p.m. in the BOK Center.