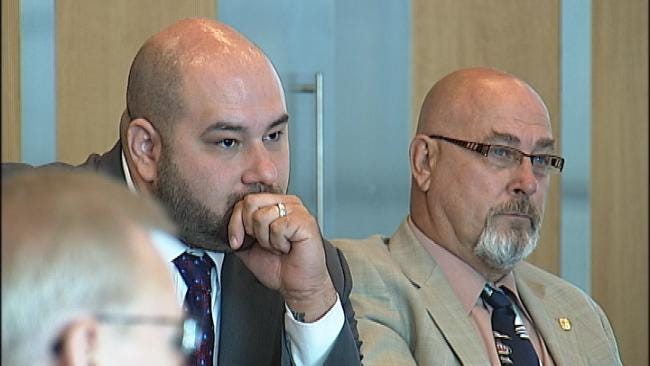 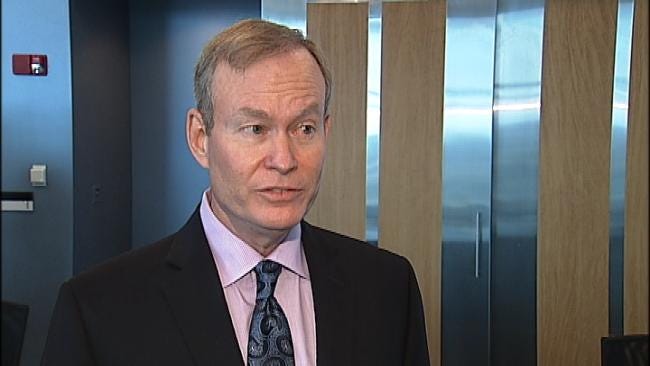 Oklahoma City mayor Mick Cornett jokingly said the meeting was something that happens once every 123 years.

While there was some light-hearted moments, the meeting itself was all about business.

The leaders of Oklahoma's two largest cities gathered around a conference table.

The two councils met to share ideas and talk about different ways they can work together at the legislative level.

But Tulsa city councilors wanted to learn from their Oklahoma City counterparts about their success with public improvement packages.

"Oklahoma City is, unquestionably, the model for putting together good public improvement packages and getting the passed successfully," Tulsa councilman G.T. Bynum said.

OKC's success can be traced to 1993 with the passage of the first Metropolitan Area Projects sales tax.

The project rebuilt Bricktown and eventually led to the Seattle Sonics relocating and becoming the Oklahoma City Thunder.

In total, Oklahoma City residents have raised more than a billion dollars through tax increases to fund MAPS.

"I think that what our citizens have realized is that, even in this anti-tax environment, taxation at the local government level is probably the best way to build a community," Cornett said.

Cornett said one difference between MAPS in Oklahoma City and the current Vision2 project in the Tulsa area is that MAPS operates only at the city level while Vision2 is a county-wide intitiative.

He said, despite that, fewer federal dollars have been earmarked to cities for infrastructure and that it's up to local taxpayers to foot the bill.

"If you're trying to attract that next generation, those highly educated 20-somethings or keeping the young people in your community, you better invest in your infrastructure," Cornett said.

Bartlett was not at the council meeting. A spokeswoman said he was meeting with federal and state legislators and preparing for his State of the City address.