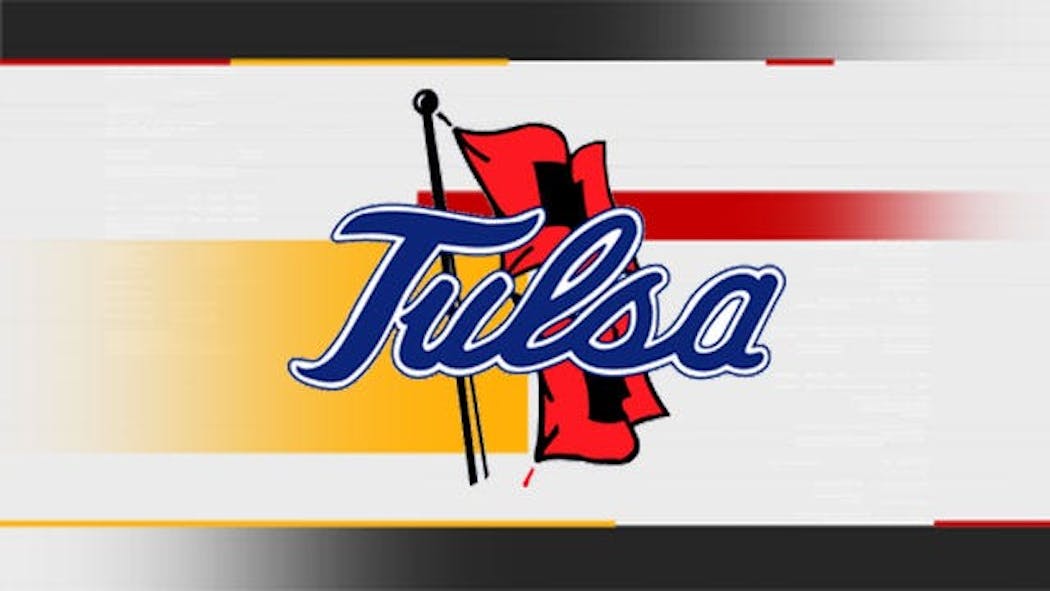 Claire Nicholson scored the game-winning goal in the 102nd minute to propel Tulsa to a 2-1 victory against Missouri State in double overtime on Friday night in Tulsa.

"Those are the kind of games that build character and I was proud of everyone tonight," coach Kyle Cussen said in a press release. "I don't think anyone hit the panic button. We kept doing what we were doing and creating chances. I think we had several good chances to finish that game off, but we will have to work on being sharper in the final third. I am happy with the results, and we'd rather learn from a win than a loss.''

Stephanie Aitken scored her third goal of the season with just 6:10 off the clock. Jordan O'Brien crossed the ball to the right side and then Aitken ricocheted it in off the far post.

MSU evened up the score and forced overtime with a goal in the 81st minute. The first 10-minute overtime went scoreless, but Nicholson's "golden goal" ended the contest after 101:10 ticked off the clock. Camille Pelley made a forward pass that Nicholson pushed forward into the net for her fifth goal of the season.

Tulsa dominated most of the game, taking a 32-5 advantage in shots, including an 11-4 lead in shots on goal, and TU had an 8-3 lead in corner kicks.

Nicholson led the Golden Hurricane attack with six shots, while Rebecca Handley and Jordan O'Brien each had five attempts, and Katelynn Duncan and Lindsay Kirch both had three shots. Katie Bykowski logged all 101:10 in goal and picked up three saves.

TU will return to action on Sunday, September 2nd against Northwestern State. Game time is set for 4:30 pm at the Hurricane Stadium.